The Story of Mount Desert Island by Samuel Eliot Morison 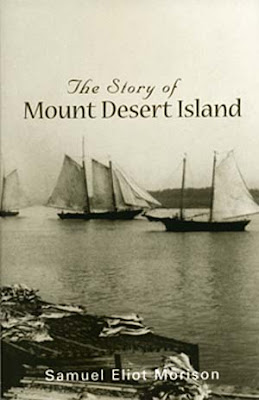 Why I read it: Annual trips to Mt. Desert Island.

Summary: A quick and dirty, witty local history of the land now famed far and wide as the host to Maine's Acadia National Park.


My Thoughts: Needs a map. Now onto the good stuff.


Growing up around the city of Boston, just south of it, in fact, and embroiling myself in the world of Massachusetts history, I've run across the work of Morison on innumerable occasions. He's a giant round these parts. But I've only read pieces here and there. I've never pushed through his opus on the Navy in World War II from cover to cover (to cover to cover to cover...), but I truly enjoyed One Boy's Boston, his memoir of growing up in the ritzy Beacon Hill section of the city.


So I knew the old Harvard professor had some wit to him before I picked up this book. But I was shocked - happily so - when I read his statements about the Red Paint People, a native tribe whom he termed "addicted to make-up" and surmised may have been wiped out by a neighboring tribe because they were too concerned with their cosmetics to defend themselves.


Racism aside (the first place most people will go when reading this passage; keep in mind when it was written), these words jump off the page for one specific reason. Historians can get too bogged down in proper, technical and accepted writing techniques to creatively express the important details of a story. Morison obviously wanted to break free from the stereotype of the American historian. He wanted to show that history can be engaging, fun, eye-catching and thought-provoking.


I've spent my career in search of good nonfiction stories. Yes, I want everything I write to be factual, but factual does not have to mean boring. Remember the saying about truth? A lot of times it's just about connecting the dots and asking the right questions. In Morison's case, the fate of the Red Paint People was pure speculation and his write-up is merely an exercise in "thinking out loud" (the book is, in fact, a collection of lectures he gave for fellow "rusticators" in Maine). But it's a food-for-thought type of supposition. Go ahead - you come up with a theory as to why the Red Paint People faded away. Is it any more or less plausible than what Morison has thrown out?


I'll tell you one thing. I'm now a fan of the author, and look forward to reading more of his work.
Posted by John Galluzzo at 10:11 AM No comments:

Naming Nature: The Clash Between Instinct and Science by Carol Kaesuk Yoon 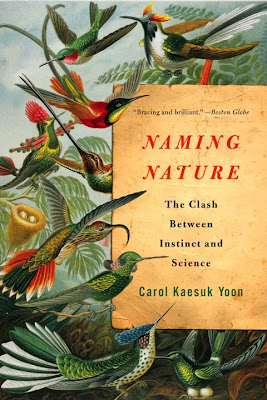 Wht I read it: I could name many things by their Latin names, but could never tell you how the Latin naming system came to be.

Summary: The history of taxonomy, featuring the role of the human umvelt.


My Thoughts: I knew Linnaeus, and I knew Darwin, but I didn't know Mayr, or Woese, or the others who have toiled over time to classify the earth's living things. Taxonomists get so little press these days, when there are so many Lady Gagas and Lebron Jameses about.


That's not to say that Yoon's work is a straight history of taxonomy. Instead, it's a story interwoven with the history of the human umvelt, that hard-wired section of our brain that helps us order the natural world. Lose it, as some men and women have over time, and you lose the ability to recognize wild creatures, what you can eat and what can eat you.


The umvelt is, in fact, the star of the book. Linnaeus's umvelt was the uber-umvelt, highly developed and primed for the gathering and naming of all the known species of the world. Darwin's wasn't bad either, even if the world was not ready for what he had to say - animals evolving? You mean they're not set in their ways for all time, that a pinyon jay may in the future not be exactly like a pinyon jay is today? Hogwash!


The umvelt takes a beating through time, as different theorists come along with new methods of classification. Numerical taxonomists believed they could compare traits between species - by the way, there is no accepted definition for the word "species" - and count the similarities to determine how closely they grew on the tree of life. Molecular biologists debunked this creative math by breaking life down to its lowest levels, comparing chemistries. Cladists have come along and turned birds into dinosaurs and eliminated fish (I'll leave that story to the reading of the text).


With each step, the human intuition for naming species was farther removed from the science of taxonomy. But it's still there. We still classify things. Think of all the brand names in our heads. Our forebears named the natural world, as it was the world they lived in. We name the marketed world, as we live in malls, magazines and websites.


The story is full of comedic moments, like in the early days of collecting and naming plants and animals when a Madagascaran scout shouted "Indri! Indri!" at the sight of a disappearing lemur. The westerner on the collecting journey wrote down the species as the Indri indri, only to find out later that his guide was yelling "Look! Look!"


With 1.8 million of the apprximately 3 to 30 million species of the world named...on this one planet...there are missteps to come. Have we reached the final revolution in taxonomy? Probably not. But as the author says, we're up against it; with each passing generation, our umvelts, the ultimate tools with which we can tackle this task, move farther and farther from the workbench, or lab table.
Posted by John Galluzzo at 1:20 PM No comments:

Things Ain't What They Used to Be by Philip Glenister 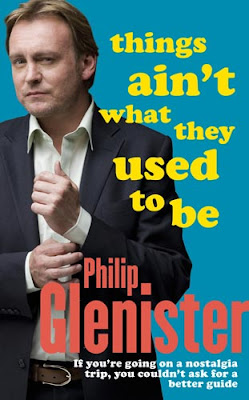 Why I read it: Watched the full run of Life on Mars on DVD, and just wanted more from the characters.

Summary: British actor Philip Glenister, known most prominently for the role of Detective Chief Inspector Gene Hunt from the television series Life on Mars and Ashes to Ashes, reminisces about life in Great Britain in the 1970s and 1980s.


My Thoughts: Comedian Stephen Wright once quipped that he liked to reminisce with people he doesn't know. "Granted...it takes longer."


And so it goes with this book, if you're an American. It's like comedian Steve Martin said about the French; it's as if they have a different word for everything. Our 1970s here in the United States were very unlike the 1970s in England. We have few shared cultural memories. C'est la vie et vive la difference.


But if you do know anything about British culture, you'll find a lot of humor in this book. The process of coming of age anywhere has its similarities. The world seen through the eyes of seven-year-olds is full of candy, schoolwork, television, holidays, sports heroes, blockbuster movies and toys. Our football is their soccer; our Snickers is their Curly Wurly.


There has to be something of Gene Hunt in Philip Glenister, but I hope it's a small, controllable amount. Hunt's voice comes through the text, as the author asks and answers questions like which Bond was the best, Roger Moore or Daniel Craig? (and for that matter, who was the best Bond girl?) Were our toys better in the 1970s? Was television bettter? Was the world a better place before the Sex Pistols swore on live TV? Could the citizens of the world use a little suspense in their lives, like when the Brits waited for months for Star Wars to cross the Atlantic, or is the instant society we live in now the way it should be? And isn't most of what we know, say, do and enjoy simply a repackaging of what we had in the 1970s?


Finally, back to comedians. If you need a comparison, Glenister has a little bit of Denis Leary in him, a real no-nonsense, tough-guy, man's man aura, but he holds back just where he should. His humor can be caustic, but he stops before crossing the line to gratuitous language and scatalogical humor. Anyone in the public eye can throw together a memoir and let it ride on the fame of the author, but it takes a true thinker to put the pieces together like Glenister does, making us think on our own.


For those who watched Life on Mars and Ashes to Ashes (not on DVD in the US yet, sadly), you'll have fun learning how parts of Gene Hunt's persona was formed from the childhood memories of Glenister, and, like me, can then wonder where Glenister ends and Hunt begins.
Posted by John Galluzzo at 12:32 PM No comments: