Beloved Island: Franklin & Eleanor and the Legacy of Campobello by Jonas Klein 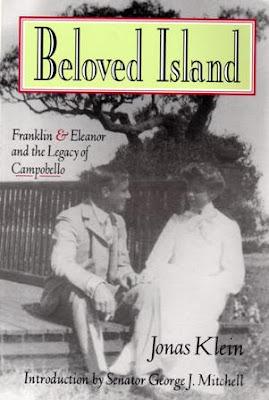 Why I read it: Annual trips to Campobello.

Summary: James and Sara Roosevelt brought their infant son Franklin to Campobello, New Brunswick, Canada, to soothe his teething, purchasing a cottage. When Franklin and Eleanor came together, they found no reason to leave the island behind. Their greater story is told through the lens of the small island and its community.


My Thoughts: First, I'm privileged to visit Campobello every year as part of my full-time job. I've toured the house and the historic pathways through the dense woods Franklin and family used to wander, and I've even practiced a little citizen science on behalf of Canadian bird conservators. It's one of North America's enchanted places.


Of course, I was not the first to think so. The Roosevelts discovered Campobello at the beginning of its tourism heyday, a period that lasted from 1881 to 1907. At its height, Campobello was a more rustic Bar Harbor, a place focused more on natural beauty than high society, a true escape. Franklin and Eleanor returned regularly for years, bringing up their children there during the summers, allowing them to roam the woods and the waters. As the years advanced and Franklin's career interfered, his visits grew more sporadic. In the end, every step he made came with pomp and circumstance, and a visit to the island meant Navy escorts and hordes of reporters and other followers.


Campobello, too, though, was a place of sadness for FDR. While his youthful days were spent in tennis and boating and "hare and hound" chases through the boreal forests on the island, it was also the place where he was struck down by "infantile paralysis," or polio. He suffered greatly during the first days when he was being diagnosed.


The overall story is of love. It's of the relationship between Eleanor and Franklin, which certainly had its rocky, Clinton-like, moments. It's of Eleanor's upbringing, of Franklin's mother's doting, of the birth and growth of their children. Through it all, the author keeps Campobello at the center of the storm, showing how the island and the cottage (which strangely never received a name) changed FDR and Eleanor, and how the Roosevelts changed Campobello.


Their Campobello home is now part of a joint United States-Canada international park, spectacular to visit in summer. If you've done Hyde Park, put Campobello on the list, and buy this book at the gift shop.
Posted by John Galluzzo at 5:20 AM No comments: 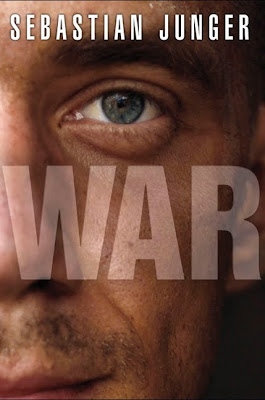 Why I read it: Read The Perfect Storm when it came out, figured Junger was worth another shot.

Summary: Junger, author of The Perfect Storm, embeds with an Army unit in Afghanistan for the purpose of documenting their lives in the recent war. He joins them on patrols, falls into firefights and watches men die.


My Thoughts: My thought? What a waste.


Not of Junger's time, of course, but of human life. The overall message of this book is that young men are dying on behalf of the United States and nobody but a select few seem to care. We get the news delivered nightly, the story of the world in sixty minutes, and occasionally we glimpse a picture of a clean-cut, uniformed all-American boy with the flag draped behind his shoulder and the message that he's gone. The two hundred or so people in his life that truly know and care about him mourn. The rest of us move on to the commercial break.


War fleshes out the story, in the truest sense. A handful of the soldiers Junger profiles come with greater stories: hometowns, backgrounds, family ties, maybe a life's purpose. That's what makes it so hard when they die. As you read, 19-year-olds, 27-year-olds take bullets to the head. It's far too early for anyone to go, and it seems so unfair.


The story of combat in Afghanistan is remarkably like Vietnam in some ways. Small villages are held, well, perhaps hostage is the right word, by Taliban fighters, much like the Viet Cong held theirs. Supplies are hidden. Locals are forced to lie to save their lives and the lives of their families. By day, Americans move into the villages to talk with the elders, to negotiate with them. By night, the enemy fighters emerge.


And despite the firepower of the American military, despite centuries of tactical study, sometimes combat in Afghanistan comes down to the enemy throwing rocks at American soldiers to get them to jump as if reacting to a grenade.


The psychology of modern combat is a focus of the book, from the rush of a firefight to post-traumatic stress disorder. For many soldiers, the war may never end. Sadly, it's the same old story.


The blame, of course, is on the failure of politics. Our military men and women follow orders, and sometimes those orders result in death. It's a horrible situation of which they are forced to make the best. The best we can do is lobby for change, and thank our soldiers, sailors and marines for the sacrifices they make.
Posted by John Galluzzo at 4:55 AM No comments: 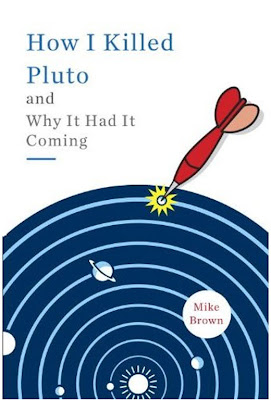 Why I read it: Took some astronomy in college and toyed with majoring in it.

Summary: The discovery of one, perhaps two new planets, based on the old definition of "wanderer" of the night sky, as described by the ancient Greeks, brought the whole question of that definition into question. Mike Brown, one of the discoverers of those new bodies, gives his first hand account of how Pluto went from member of the family to outcast because of his own work.


My Thoughts: I took some astronomy at UMASS Amherst, and had a blast doing so. The hardest part for me was the numbers. They just made no sense. I could grasp distance when someone told me it was 100 miles between the college and my home; I ddin't get the 93,000,000 miles between the earth and the sun. All I knew was I'd never make it to the sun on a single tank of gas.


That said, neither siderophobes nor numerophobes need fear this book. Mike Brown understands that the general public is not fluent in the special language reserved for astronomers and physicists and does a wonderful job of keeping the book flowing even through some necessarily inserted large calculations. Astronomical odddities, or simply generally lesser known phenomena, are easily described.


And though it deals heavily with the deepest reaches of outer space, this story is ultimately human. It's about the moral issues of discoverers and the thieves who underhandedly steal their discoveries; about the petty jealousies of chatroom mavens who believe they can stop the naming of a new stellar body, or judge when information on that body should have been delievered; about the international gathering of astronomers who deal in the politics of topics like the definition of "planet"; and it's about the author himself, his personal growth during the time period in which the latest chapter of the Pluto story unfurled, from single life to fatherhood.


The book is eye-opening, too, for the connections between astronomy and ancient cultures. Those men and women dedicating themselves to finding new planets have to know not only the stars, but some mythology, as well. And you'll be amused to find out what Xena the Warrior Princess, of television mythology, has to do with Pluto.


In the end, it's just one side of the story. There are plenty out there who stand against Mike Brown, and will tell you other things. But it's one heck of a good read. (It was also my first read on an e-reader).
Posted by John Galluzzo at 3:50 AM No comments: