Best of the Britcoms by Garry Berman 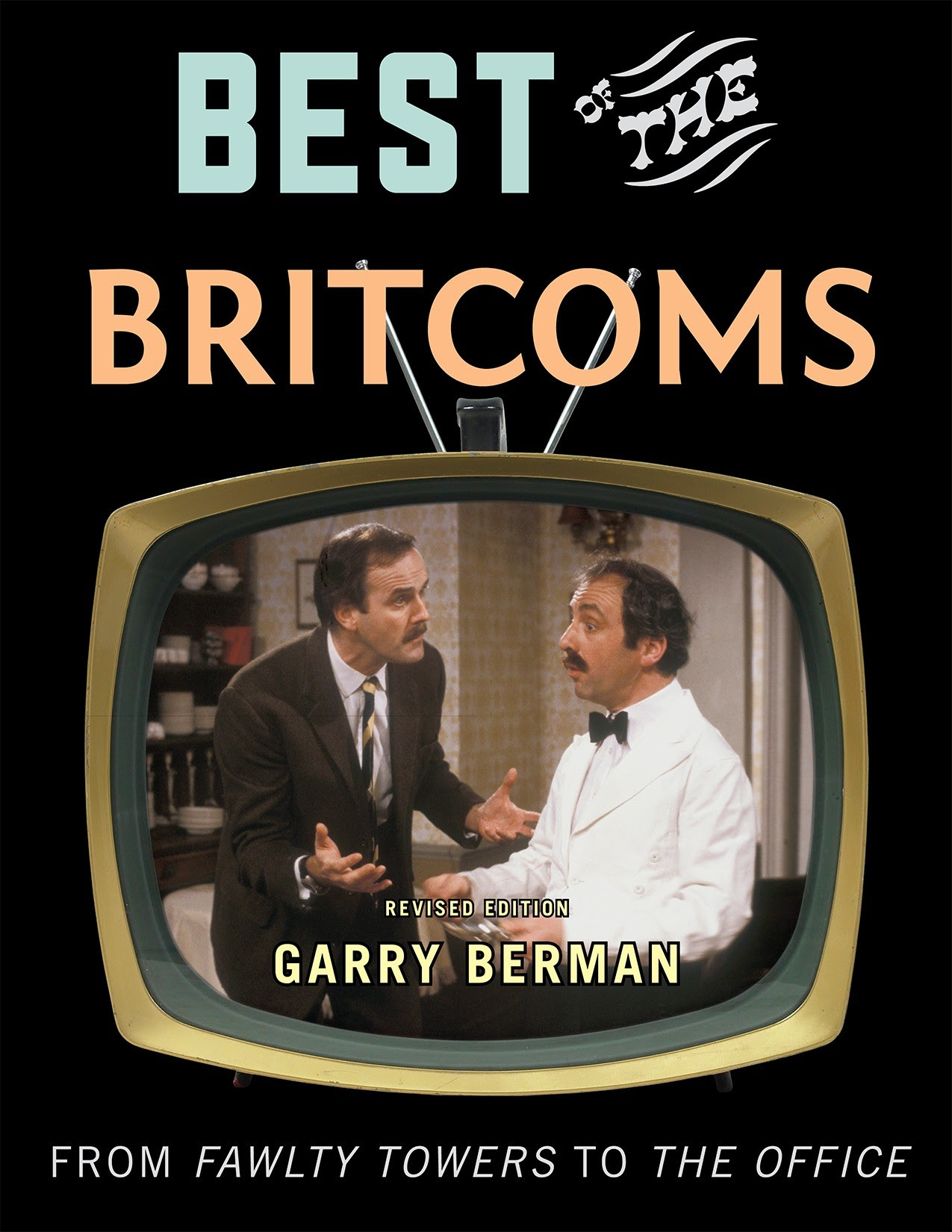 Why I read it: Uncontrollable Anglophilia.

Summary: One-to-four page synopses and critiques of about 50 of the author's favorite British sitcoms, with other short chapters.

My Thoughts: So I'm halfway there.

I think it all started with Benny Hill. My dad would watch it when we were young, and either it or M*A*S*H* always seemed to be on the television whenever he was home. I had no idea what half of the double entendres meant, but I knew when Benny spliced in the fast action slapstick stuff, most of which ended up with him repeatedly smacking his old bald friend Jackie on the scalp with a very funny slapping noise, I would howl with laughter. From there it was probably Monthy Python in high school and college.

Soon enough, after taking in these forms of gateway British humor, I moved onto Fawlty Towers, strangely, though, through radio. My mother traveled to London and came back with audio cassette versions of the show. John Cleese was the link. And he was the reason I listened to old episodes of ISIRTA on the internet  ("I'm Sorry, I'll Read That Again"). From there I was off: Hancock's Half Hour, The Goon Show, Dad's Army, Yes, Minister, To the Manor Born, you name it. I searched the PBS stations locally and came up with Keeping Up Appearances, Are You Being Served?, The Vicar of Dibley, Last of the Summer Wine, As Time Goes By, One Foot in the Grave, Coupling and more. Oftentimes it became the background noise of my life as I performed menial tasks like editing, or cropping photographs for one of my books. In short, I've laughed my way through the past thirty years or so at the expense of the British monarchy, the German army and the French in general.

According to the British people, or at least those thousands who responded to the BBC's (British Broadcasting Company) poll to find the country's best sitcom, I'm very familiar, through either radio or television, with 25 of the top 50. Strangely, the number one British sitcom of all time, Only Fools and Horses, I've never seen.

And that was the effect of Berman's book on me. Reading through all of the descriptions of the various shows - he didn't stick entirely to the list, choosing to add a few that he, personally, thought had merit - I realized there were several that I now wanted to add to my list.

There's another whole conversation to be had about American vs. British television, why some shows work here and others don't, what themes we might never grasp, why the Brits are able to pull off period sitcoms and we can't, etc. Berman touches on these topics in fun ways. Hos book will now be a reference tool on my shelf as I continue pursuing my love of all things British.

A Philosophy of Walking by Frederic Gros

Why I read it: I walk, a lot, so when Amazon Vine revealed this book as an option for pre-release review, I jumped at it.

Summary: What is walking, beyond the physical?

My Thoughts: I've written two books on walking, and have walked a lot in preparation for writing other titles on nature. Along the way I've had the opportunity to think both about what I'm seeing and what I'm doing.

I'm a big proponent of immersing myself in nature, in opening all my senses and forgetting the rest of my life for the few precious moments I get alone. Sound callous? So what. Let's face it, we're more connected now than ever, which means we get less solitude than ever. The people important to me are with me on every step, of course, but they share space in my mind with the flowers, butterflies, birds and whatever else I can find.

A lot of times when I walk my mind wanders away from my legs. They can take me down a trail. I can still smell the wildflowers and hear the birdsong, but in my head I'm writing my next book, or wrestling with a burning question or two. Mind you, that burning question has nothing to do with work or family, but may be along the lines of "If red-bellied woodpeckers are moving north with global climate change, will they force out the flickers?"

So each walk I take is a journey unto itself. This, in a way, is what the author attempts to capture in A Philosophy of Walking. He considers Thoreau and his thoughts on walking. He points to Gandhi and his political use of protest walks. He follows Nietzsche on his wanderings. He expounds upon the basics, like gravity, distance, purpose. He shows that walking, though many consider it to be the simplest form of rudimentary transportation, can be so much more.

Needless to say, I'm a believer, as the Monkees once said (now there's a group of philosophers right there!).
Posted by John Galluzzo at 2:22 PM No comments: