The Birds of Pandemonium by Michele Raffin

Why I Read It: Free copy sent to the nature center at which I work; the front desk staff thought I would be the one who would give it the best review.

Summary: A woman finds and cares for an injured dove and discovers her passion.

My Thoughts: Oh, the obsession. It's an amazing thing that birds do to us. The sheer number of species in the world has driven birders to the very ends of the earth in search of glimpses of each and every one. Although this book uses a number in the 9000s, other estimates suggest 11,000 or more species may be out there.

In this case, it's birds brought home that have done the damage. It's incredible that the author has kept her marriage; I've seen and read about more than one that has died on the vine in the face of an avian obsession. Michele started small, and didn't heed the advice of other breeders. Before she knew it, she had aviary after aviary filled with injured, abandoned and otherwise down-on-their-luck birds, from parrots to pigeons to parakeets. The common link? Exotic and/or endangered. My diagnosis? An overexercised nurturing instinct.

But Michele did the right thing (in my opinion, of course) and turned her passion for breeding, raising and rescuing birds into a nonprofit organization. Why not? She always had a mission, so why not legitimize it with 501(c)(3) status? The work she was already doing can now be supported by grants, and by the work of volunteers.

The question for me whenever I read about an exoctics rescue system is why? The United States has plenty of species of birds that are declining or disappearing. Golden-winged Warblers, quite common forty years ago in my home state of Massachusetts, are all but gone. In ten years of birding, I've never seen one. Bachman's Warblers may be gone as well, the last one seen in Virginia possibly in the 1960s. Red Knots, shorebirds that once flew in huge numbers up and down the East Coast, are nearly as rare as those Golden-wings, destroyed by our greed for horseshoe crabs as a bait source; the Knots ate their eggs as sustenance for their migrations. Don't they all deserve a home?

But, reading this book, it struck me. When I think in terms of "native" species, I think the U.S., but in fact, at this point in world history, as we sit in the middle of the sixth great extinction of life on earth, "native" means much more. The birds of Pandemonium, from the Green-naped Pheasant-pigeons to the Lady Ross' Turacos (one pictured on the cover of the book), are native to our planet. Everything else has gone global these days, why shouldn't conservation?
Posted by John Galluzzo at 7:12 PM No comments:

The Simpsons and Their Mathematical Secrets by Simon Singh 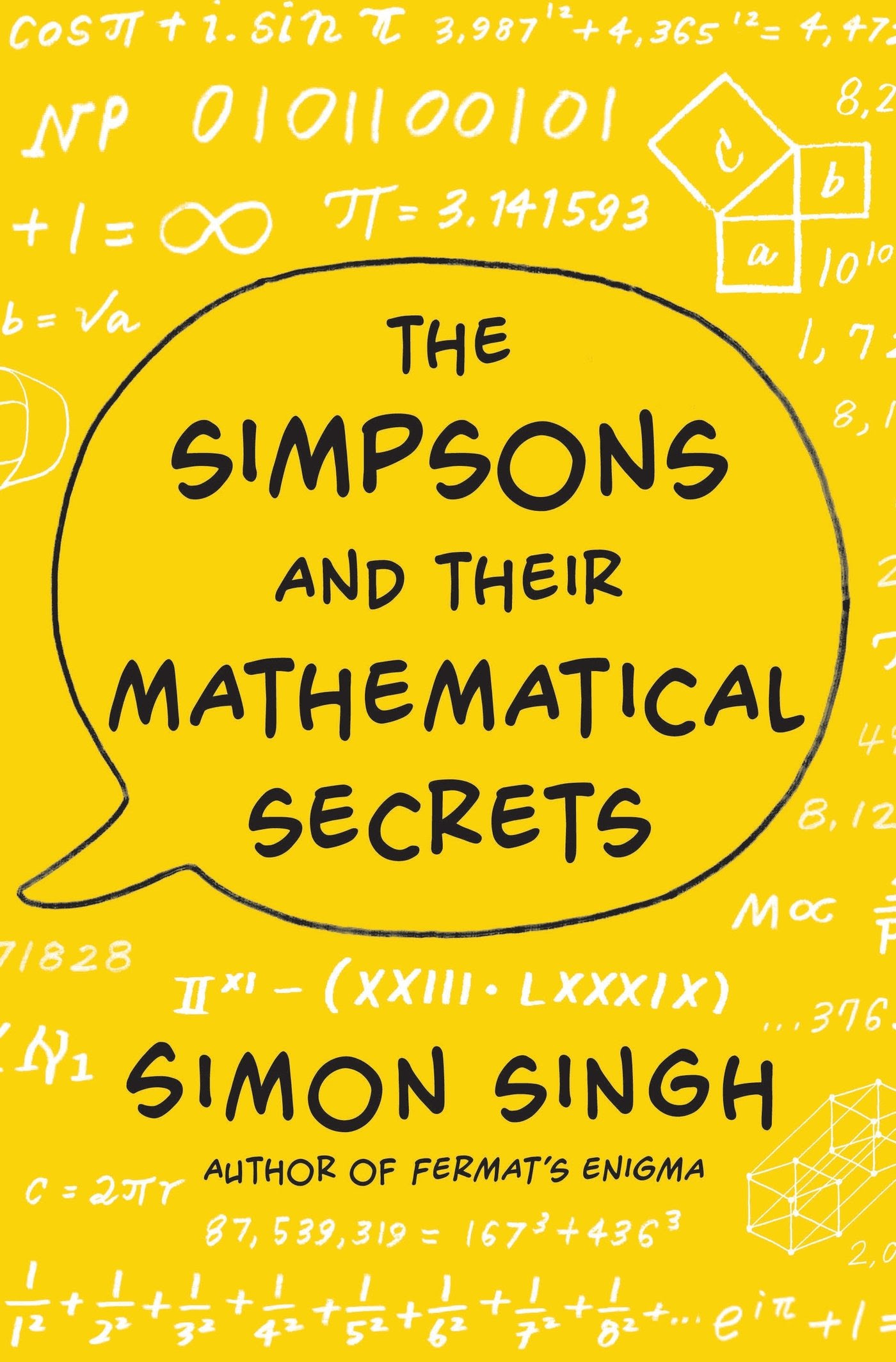 Why I Read It: Interesting intersection of my passions.

Summary: The true meaning of The Simpsons is finally revealed.

My Thoughts: I think I'm geekier than even I have ever thought.

Now, I'm no mathemagician (probably the only math joke that the author overlooked researching math references in the history of The Simpsons TV series), but I do enjoy me a good formula  or two. I love big spreadsheets, I dig charts, I seek trends. There's nothing about math in its many, many forms that I don't like.

I think, perhaps, that's why I have always loved The Simpsons.

It turns out that though there have been books written about The Simpsons and philosophy, theology and more, the true meaning lies in its mathematical constructs. And this is no joke. Many of the writers over the years have held PhDs in math-related fields. They've worked hard to drop math jokes into the episodes, sometimes knowing they were way over the heads of the general viewing public.

Simon Singh's book is one that provides us with that next layer of understanding, almost the behind-the-scenes peek, of how math is inserted into the show. It gives us a few of those freeze frame moments, when we say, "Wait a minute - that equation that just flew by Homer as he was walking in the dreaded 3rd dimension - was it random and meaningless, or was there something to it?" Usually, there was purpose behind it.

The book slides through The Simpsons and right into Matt Groening's other master television creation, Futurama, which, being based in the distant future, is depicted as a world in which math and science are king, but will that be the case, with today's learning trends? I guess that's a debate for another blog. But there's a reason why Madison Cube Garden is such a cool and funny reference. Only geeks like the writers of the show would take the "square" in Madison Square Garden as the literal shape, and figure out what the next geometric configuration should be.

So whether it's Lisa practicing sabremetrics, Home spouting theorems while wearing Henry Kissinger's glasses, or Futurama dropping BASIC language into background scenery, the math you see is not only real, it's going deeper than you think. Grab a seat, cut yourself a slice of pi, and enjoy this fantastical mathematical journey!
Posted by John Galluzzo at 8:13 PM No comments: