J.R.R. Tolkien: The Making of a Legend by Colin Duriez 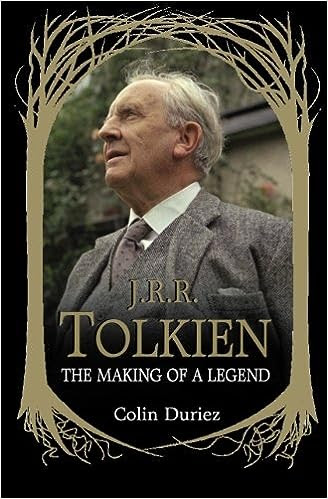 Why I Read It: I've been a fan of Hobbits for three decades.

Summary: A biography of the master.

My Thoughts: Tolkien himself seems to have been quite an interesting character, somewhat stereotypical of the post-Victorian British society learned types, yet somehow deeply intriguing in his ability to lose himself in his own mind in a rigid world shaped by the harshness of two world wars.

I've read the classic Tolkien biography, by Humphrey Carpenter, and remember it as quite enlightening itself. I wondered what could be new with Duriez' assault on the topic. What I found was that it certainly fit the way that my mind works.

Duriez pieces together the life of the author and academic much in the way that others before him have, but expands his research, or his presentation of that research, to include the physical world that shaped Tolkien's mind. Throughout the book, references are made to the places on which Tolkien patterned his mythical landscapes, and the landmarks of his life. The photographs in the book are of those places - of the inspiration for the Two Towers, of the apartments and other homes in which he lived, and more. The book, more so than any other I've read on the master, gives us Tolkien historicity. We could almost design a Tolkien driving tour of England, to revisit the places that remain - and even those that don't - as inspiration highlights.

This book, more than others, also leads one to believe that Tolkien's life was one of fellowships. Although the direct connection is not so written, the fact is that from the T.C.B.S. to the Coalbiters to the Inklings, Tolkien surrounded himself with friends of differing strengths, and believed in the power of such fellowships. His first group, the T.C.B.S, even pledged to change the world for good, and then lost two of its four members in the First World War. Those dark days definitely shaped the future of Tolkien's writing career.

Duriez brings us a little different focus on the life of Tolkien, allowing us to see a little deeper into the mind of the master storyteller, and to appreciate his work just that much more.
Posted by John Galluzzo at 9:40 AM No comments:

One Breath by Adam Skolnick 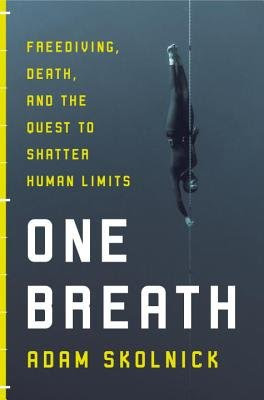 Why I Read It: Grabbed from the Amazon Vine.

Summary: A freediver dies in competition, opening a world of questions about his sport.

My Thoughts: Once before I was forced into a reaction about a book's protagonist, and found that I flat out didn't like the guy. So here we go again.

The thing is that I find that it's all for the same reasons. Nick Mevoli may have been a hell of a guy, and according to many, many people quoted in the book about his life, he was. But I'll tell you what it was about him - only through the interpretation of his personality presented in this book - that completely turned me off.

Nick was a risk taker; no big deal there. The world is full of them. In fact, in today's world, many professional athletes have to lay aside risk of severe injury to play their sports (football players, boxers, etc.). That's not what turned me off to Nick.

Instead, it was his immaturity when things didn't go his way. We all feel frustration, and for someone driven as hard as Nick was, perhaps that frustration was harder to control when he came up short - I hardly think the word "fail" is appropriate, considering the incredible things he did - in his sport. But the descriptions of his tantrums in the water when that happened just push me to the point of dislike, from the safety and confines of the paper world of a book.

And so, the reading of this book is a second reflection on myself, and my reaction to its contents. The story of Everett Ruess, the young southwest wanderer who got himself killed despite the pleas of those around him to be safe was the first to get me angry at the hardheadedness of youth; and now Nick, who would not listen to his friends, is dead, pushing himself too far. So in the end, it's my anger at promising life snuffed out that drives my review of a book.

I wish Nick had lived to achieve the things he could have. Instead, he gave us a bright flash, and sent shockwaves through his sport of what can happen to its athletes. It's a sad fact, but true; Nick died for the future safety of others. Freediving is a sport in dire need of research into the limits of the human body's capabilities, and of codified safety procedures.

All puns aside, the book is an immersion into the world of freediving, its longer-than-you-think history, and its troubling present and future. Who knows, if you're more tolerant than me, you might even find Nick a martyr or a hero. I just wish he had heeded the advice of his friends and stuck around to tell his own story, rather than have it published posthumously at far too young an age.
Posted by John Galluzzo at 9:13 AM No comments: