The Road to Little Dribblng by Bill Bryson 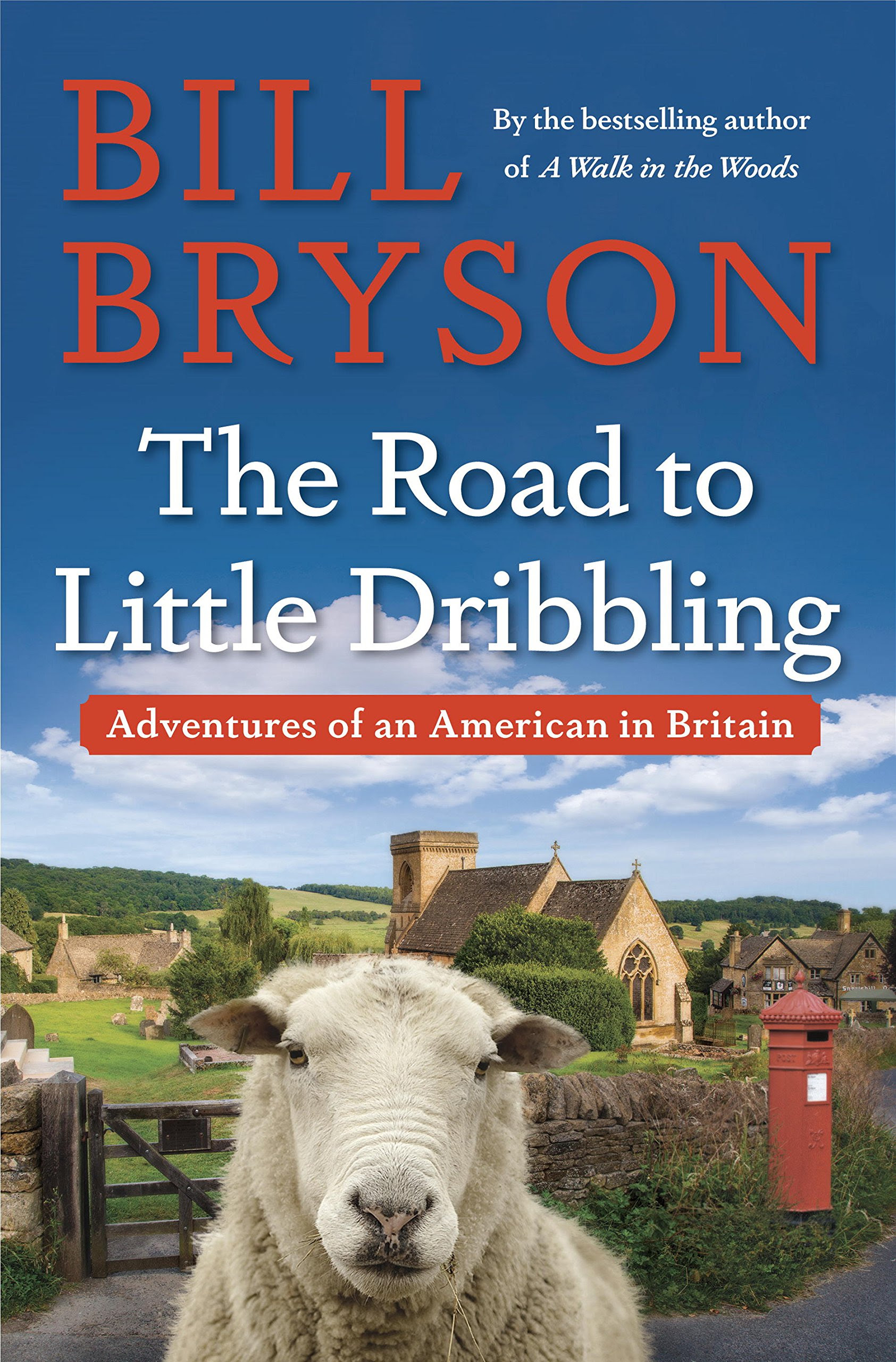 Why I Read It: Self-diagnosed Anglophilia and a secret desire to be a societally-accepted curmudgeon.

Summary: Bryson repeats himself, walking England a second time, in mostly different places than he visited in Notes from a Small Island.

My Thoughts: I've thought about it myself. I have done 2 1/2 books on walking (the third in process) and I've thought about repeating my steps. When would it be appropriate? After ten years? After twenty? In my case, the topics were open space and nature, and I'm sure that if I returned to some places, things would be tragically different, at least in my eyes. Bryson's topic, generally, was British culture, and he opted for the 20-year approach.

His humor is unmatched in the genre. The pictures he paints are sublimely silly, when he is trying to be funny. But he is more than comedy. He is information and education. He is a statistician that finds deeply relevant numbers to crunch that most of us overlook. And he spews his own form of watchdoggerel (new word! yes!) directed at, well, everybody and anybody. He wants us to all get along, at a good, fair price and for a solid day's effort. He detests corner-cutters and skinflints as well as people who stare logic in the face and stick their tongues out at it.

He takes us back and forth through time, introducing us to some of the lesser known characters of British history, in their estates, in their gardens, in their woods. He visits museums and archaeological wonders, architectural landmarks and every bar and coffee shop in England, usually in that order. He wonders why the British people are the way they are, sometimes figuring it out, oftentimes leaving town with a scribble over his head like a Peanuts character, with a scowl and a few hushed obscenities on his lips. And before you label him as a prima donna or a turd, know that he is as self-deprecating as hell. He starts the book with a slapstick moment in which he is the foil. He knows who he is, and uses it to make us laugh.

If you've read Bryson's travel work before, you know what to expect. If you haven't, read, laugh, learn. If' you're British, read the last 5 to 10 pages to see what he truly believes about England. Treasure him for who he is and what he does, for, if nothing else, he is a conversation catalyst, and conversation drives us toward change and societal improvement.

Now, I sit and wait for the next Bryson book to come out, and continue to ponder how to take my next steps, both as a wanderer and a writer.
Posted by John Galluzzo at 9:38 AM 3 comments: