One Wild Bird at a Time by Bernd Heinrich 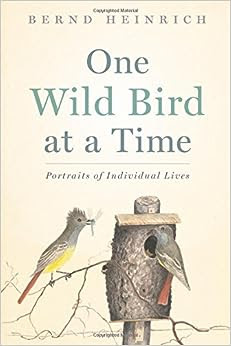 Why I Read It: Grabbed from the Amazon Vine program; I loved Winter World.

Summary: Heinrich investigates the lives of several species of birds living near his cabin in Maine.

My Thoughts: Heinrich has done it again. Mostly what he has done is he has caused the world to slow down for just a few minutes and see it the way that he does, one piece of data at a time. The stories of each species he covers focus on the tight confines of his woods in Maine. He spends his days like I hope to some day, taking long observations and thinking deeply about what he sees. Why do redpolls burrow into the snow? How does a red-breasted nuthatch build its nest? Oftentimes, he challenges us to take the unexpected turn in the way we think, to challenge conventional wisdom.

Just as often, he makes us laugh with his experimentation techniques. When a black-capped chickadee slams into a window on his cabin and dies, he doesn't just let it become food for another bird, or even give it a "proper" burial; he skins it and examines the contents of its guts to find out what species of caterpillars it's been eating. When he wants to find out whether or not a ruffed grouse is more apt to create a subnivian burrow in an area where others already exist, he tests his theory by taking a dead bantam rooster on a rope out to a clearing and pitching it head first into the snow, to mimic the grouse's holes.

As someone who has dabbled in citizen science, I bow to the master! This book makes me wish I had more free time to explore the world like Bernd Heinrich does.
Posted by John Galluzzo at 5:28 PM No comments: 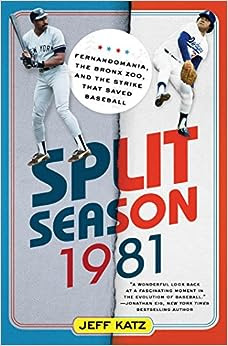 Why I Read It: I lived it, like millions of other baseball fans.

Summary: "Fernandomania, the Bronx Zoo and the Strike That Saved Baseball"; the 1981 players' strike and the season that surrounded it.

My Thoughts: In 1981 I was ten years old. I had no reason to be a true baseball fan just yet - my hometown Red Sox weren't exactly lighting the world afire - but I was. It probably had more to do with baseball cards and collecting them than the game itself. I was heading for Little League and the Sox had a few stars to whom I could look up, in that innocent way kids do. Carl Yastrzemski was nearing the end, but Jim Rice, Fred Lynn, Carlton Fisk and so many others were in their primes.

And then, it came to a halt. The players went on strike. Mind you, it didn't really affect me that much that I can remember. My love for listening to and watching baseball has grown with the years. At that time there was much more to do with my life. But I do have one strong memory of the strike.

I remember listening to the radio one night. The 1981 Sox were taking on...the 1967 Sox. It sounded like so much fun, and due to the magic of radio, it could happen. There was Tony Conigliaro coming to the plate, Jim Lonborg on the mound pitching to Dwight Evans. I'm sure somewhere somebody had pulled out the old Strat-O-Matic and come up with the game result, but there was one obvious human touch. At one point in the game, I can't remember when, Carl Yastrzemski came to the plate (1981 Yaz). Before the first pitch was thrown, 1967 Yaz motioned to the right fielder that he wanted to switch positions, from left to right. And there it was. 1981 Yaz swung and launched a mighty drive to right, way back, toward the bullpen, and 1967 Yaz leaped and robbed himself of a future home run! I may not have understood what was going on with baseball, but I knew I had just witnessed history that could never happen.

Katz brings us back there, to the days when Fernando Valenzuela turned baseball on its head, looking skyward all the way. Back to Pete Rose's all-time National League hit record, and Garry Templeton's ousting from the Cardinals. And he brings us into the backroom haranguing that eventually settled the dispute between players and owners, Marvin Miller and Ray Grebey. It was not baseball's last labor dispute, but it was one with major ramifications for many parties involved. That included the fans, many of whom walked away and only came back in a very gradual way, if they did at all. In the long run, the strike helped baseball, but in the short term, it made for some tough days.
Posted by John Galluzzo at 5:24 PM No comments:

So Anyway by John Cleese 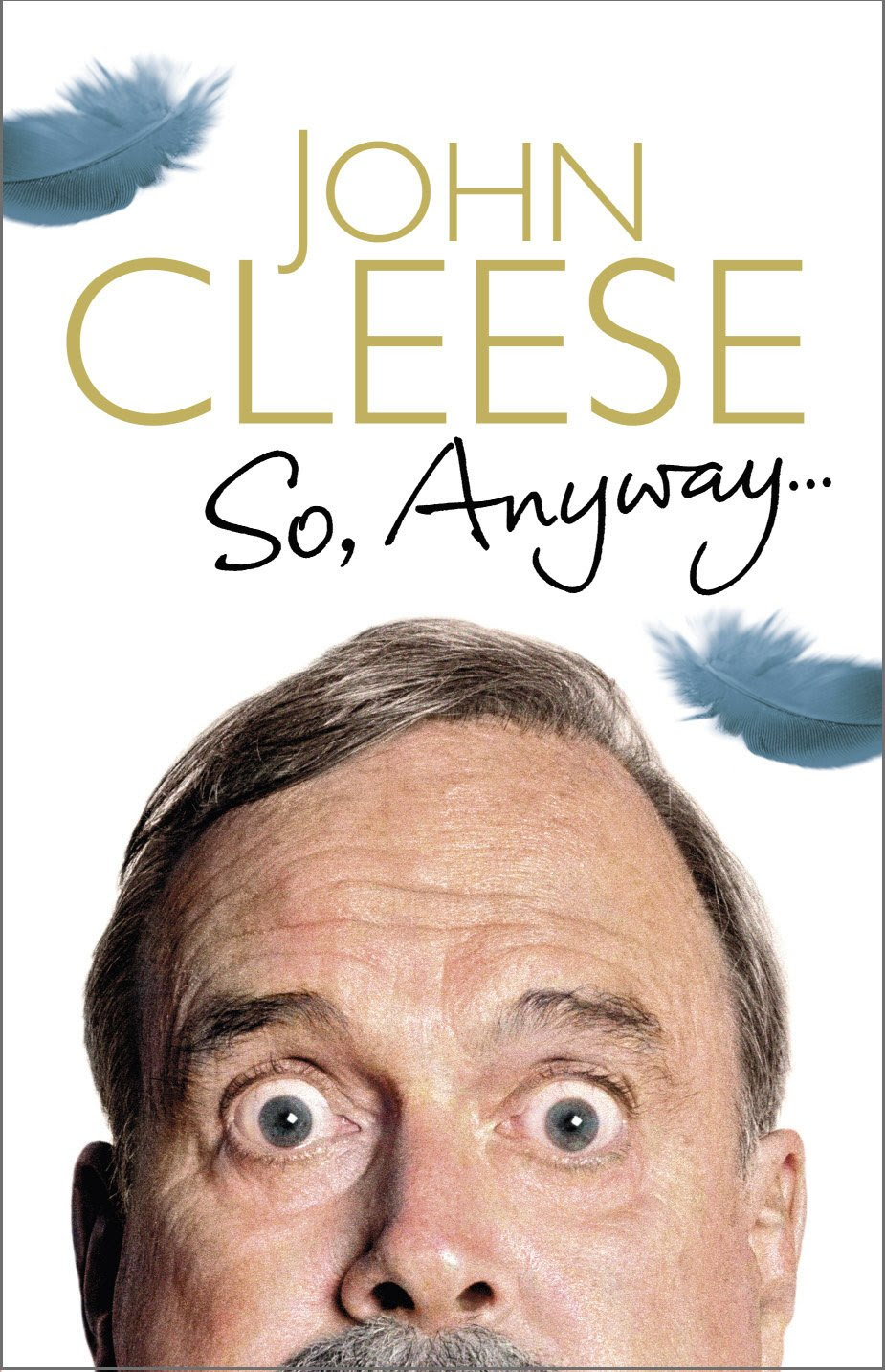 Why I Read It: I kind of had no choice. John Cleese wrote it.

My Thoughts: Just like everybody else who read it, I suspect, I got to a point in the book where I said, "Oh my god...he's not going to do Python."

Cleese is an amazing writer. It helps that we all have his voice in our heads. I actually feel that there are books that need no audiobook companions, because we can already hear the voice, the inflection, the cadence. When we read them, it's as if they're being read to us.

That said, I reiterate, Cleese is an amazing writer. Of course, he's been at it for decades. He knows how to string together words in ways that make us laugh, either as Basil Fawlty, Ann Elk or as president of Britain's Well Basically Club. Sure, I was not an innocent and previously disinterested bystander when I picked up the book. I wanted to know as much as I could about the author's life. But many times in the past, I've picked up an autobiography with sweating palms and been deeply disappointed. I walked away from this one enchanted.

We learn where it all began, the stories of mom and dad, and how young John came along. We learn, in more detail than I was expecting, about John's relationship with his mother. We learn, too, origin stories for many of the skits that Monty Python made famous (Cleese was bitten by a rabbit as a kid, for instance). We also learn that not everything we saw on screen was original material, that some skits were tried and true routines from years past that Python simply made famous.

Most of the book is pre-Python, and, in fact, Cleese even admits that he was going to end the book with the formation of the group, but that he couldn't stop there without adding a few final words. He feels he has to, that he cannot call this book complete without sharing some of his deep love and affection for our lost Python, Graham Chapman. It's touching and beautiful. But the book still feels incomplete; or, more precisely, it makes the reader feel like there has to be a follow-up tome.

Python fans, Fawlty Towers fans, even A Fish Called Wanda fans should love this book, as, above all else, it proves that nice guys sometimes do well in this world.
Posted by John Galluzzo at 4:39 PM No comments: