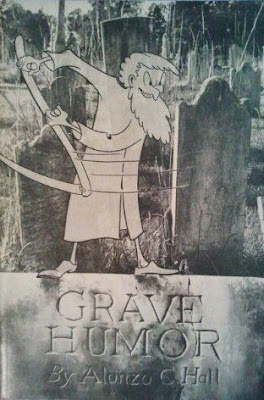 Why I Read It: Check out my other blogs...

Summary: A gathering of humorous epitaphs published in 1961.

My Thoughts: Collecting epitaphs became a hobby of mine a few years ago, when I found one in a small Jewish cemetery in central Massachusetts that read "1902-2000: AN UNTIMELY DEMISE." The concept hit me square in the face. What a writing challenge! Name, dates, five words. How do you sum up your life?

So I set out on a quest to read 10,000 tombstones in a year. But I quickly surpassed that and went big, for 50,000. I broke that number, too. The full goal? To figure out what my own epitaph should be.

So, have I read them all? No way. Even at the end of that run I was still finding new ideas, different ways of expressing whatever it was the deceased or their families wanted to express. I've lectured on the topic of epitaph collecting many times and am currently writing my own book about the experiences. In fact, that's how this book came into my hands, from a friend who attended one of those lectures.

It is certainly a funny collection, but in my travels I found that there was a humorous turning point in burial grounds that took place a while after Hall completed his study. Now, when I say humorous, I mean deliberately so. There has to be a certain fatalistic acceptance of the finality of it all on the part of all involved. There are some situations in which humor is not at all acceptable, but there are just some people who want, these days, to go out laughing, and to put smiles on the faces of others in grim moments. I've personally seen "I told you I was sick" and "I want a second opinion" on gravestones near my home. This collection is humorous in a more morose way.

This book is an excellent compilation of some macabre thoughts, some truly unfortunate misspellings and juxtapositions, hilarious breaches of logic and some outright accusations as to who really killed whom. And it draws from many, many places, around North Carolina, England and even here in my native New England. There are even a few within driving distance of my home that I intend to go check out.

I think - no, I know - that I would have liked to meet Mr. Hall. We would have had fun comparing notes. It all reminds me of my favorite line on the Britcom The Young Ones, when a woman pushing a dead vicar in a wheelbarrow around a cemetery finds Neil, the hippie, with a shovel in his hands.

"Do you dig graves?" she asks.

Death of the Territories by Tim Hornbaker 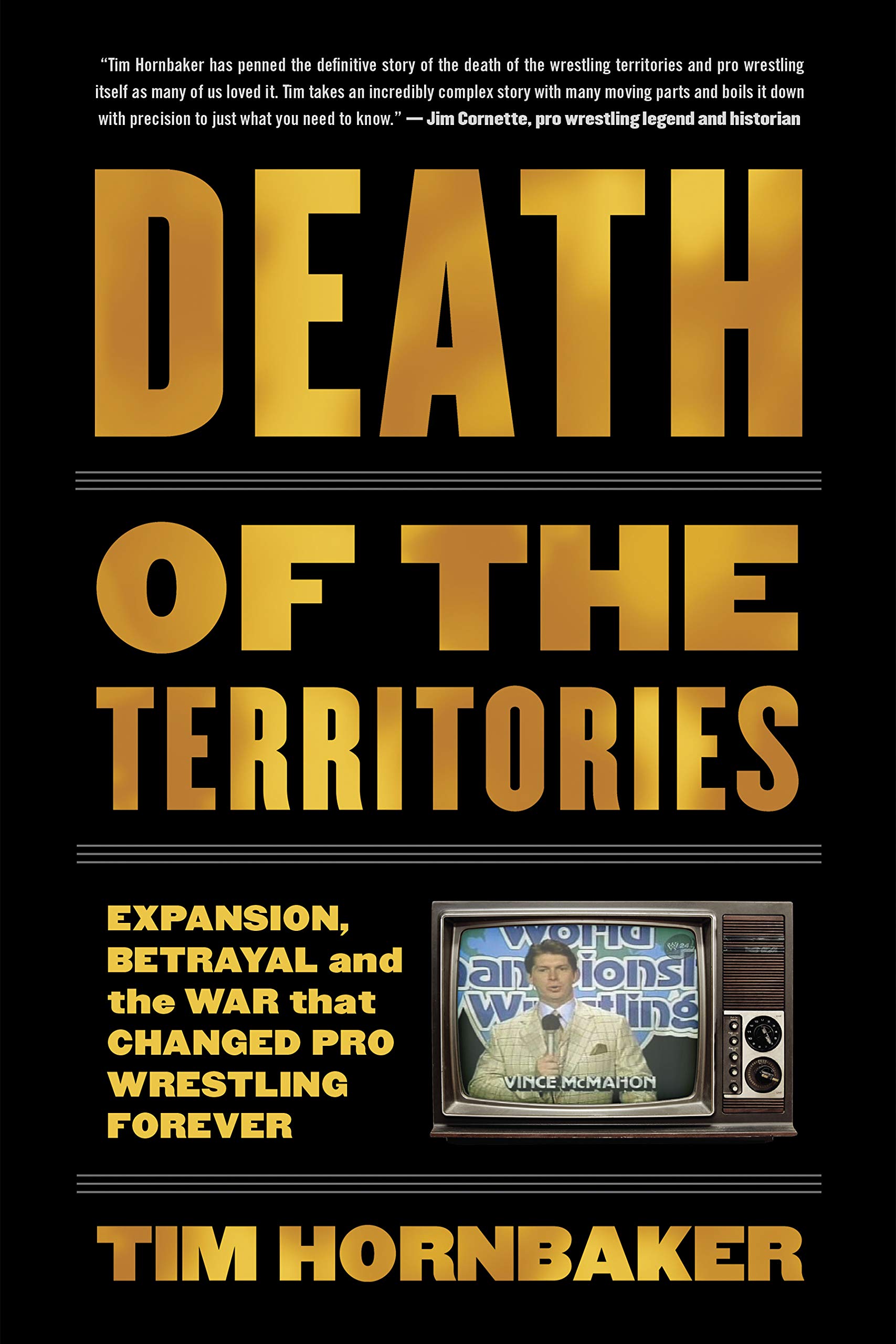 Why I Read It: This was the era of my youth, and I watched the story inside unfold. There are even specific wrestling events - the first King of the Ring in Foxboro, the Von Erichs' invasion of Lynn, Massachusetts, etc. - I can point to in the book and say "I was there!"

Summary: The story of how Vince McMahon took over the wrestling world.

My Thoughts: All he needed was an opportunity, and he got one.

The rise of the WWF/WWE can be neatly packaged into an economic reality of the early 1980s, the rise of cable television and truly national television networks, but, as Tim Hornbaker points out, there was much more to it than that.

Wrestling had already undergone numerous changes through time, and it seemed as if all it needed was a little push to set it over this final edge. Old time purists will tell you that there was just that, a purity, to the management of the sport that was breached by McMahon and McMahon only during those days of expansion. But that was in no way the case.

Long before Vince, Jr., was a part of the picture, territories lived and died, oftentimes at the hands of other promoters. If a local promoter struggled to bring in good gates, he might, especially in the early days of the NWA, reach out to a neighbor for some talent sharing, importing fresh faces that might give his shows a boost. But, there were other times when that neighbor would turn predatory and "invade" a city, running shows that directly competed with local promotions, even forcing them out of business. Even the NWA itself, seen as the great unifying force in the sport, was chased by federal anti-monopoly investigators for its exclusionary practices with independent, non-member promotions. The belief that the territorial system was all sunshine and roses was bunk.

Yet the territorial system had its strengths. There were three major federations by the early 1980s, the WWF, in the northeast; the AWA, based in Minnesota; and the NWA, with ties to many regional promotions in the South, West and Pacific Northwest. It worked out that a wrestler could jump from one to the next when his act wore out, and, within the NWA, could even jump from Florida to Texas to Portland, Oregon, to reinvent himself. A touring champion touched all NWA affiliates, bringing cohesiveness to the field. But, in a moment of history repeating itself, there was money to be made in aggressively grabbing space in the marketplace.

It happened in the aftermath of World War II for the first time. The rise of television allowed promoters the exceptional opportunity to showcase their talent before they appeared live in large arenas. Promoters could hype upcoming match-ups, even tease them on air, advancing storylines and feuds. With hours and hours of airtime to fill (and no reruns of any kind to be had) television stations turned to local wrestling promotions to provide a spectacle. The sport exploded in popularity in the late 1940s and early 1950s.

And so came cable television in the 1980s. Closed circuit broadcasts had been tested in the 1970s with the Inoki-Ali fight, Evil Kneivel's Snake River jump and more. The idea of reaching more than just a local audience was no longer just a dream. Exposure and familiarity were the keys, with just enough localization through interviews with wrestlers about upcoming shows making the growing WWF seem like a hometown organization, no matter where one lived. McMahon bought air time on local stations across the country (and in Canada) and got his product onto national cable broadcasts.

The rest fought back, individually and collectively. One by one they folded in front of the steamroller that was the new WWF. Talent jumped ship to join the juggernaut. Those promoters who remained tried new tactics, like Pro Wrestling USA, a last-ditch talent- and content-sharing effort, but to no avail. When the dust cleared, only two major organizations remained, WWF and what would become WCW.

Is wrestling better now? That will always be a loaded question, as "now" is ever-changing. But you can ask yourself this: is baseball better with inter-league play? There was a mysteriousness to the All-Star Game and the World Series in the old days, when the best players in the league opposite your hometown team's were untested against your stars, when there was real rivalry between the American and National Leagues, true drama n screen as a pitchers and batters faced each other for the first time. In the days of wrestling's territorial system, the arrival of a new star from parts unknown brought that kind of mystery. For a long time now, that mystery has been gone.

Tim Hornbaker's storytelling of the business of wrestling is relentless and exceptionally insightful. You will never read a book like this one again, until you pick up Capitol Revolution or his history of the NWA.
Posted by John Galluzzo at 6:11 AM No comments: