Why I Read It: Constant fascination with Japanese culture.

Summary: A journey, both physical and historically, through the history of the ninja.

My Thoughts: I do believe there were ninjas. And I believe, like the author attempts to prove, that they lay somewhere south of the exaggerated, stylized version we see in print and movies today.

The author sets off into the heart of Japan, particularly Iga and Koga, to find the true roots of the ninja story. He meets descendants who claim to hold the secrets and museum keepers who have questionable collections, and visits the shrines and sacred places associated with the shadow warriors.

Along the way, he explodes the modern day image of the ninja. The ninja didn't wear black, for instance. In fact, he tried to blend in wherever he went. If he needed to use stealth at night, he wore blue, as it worked better with the moonlight. He used some of the tools attributed to him, but definitely not all. And he was almost the exact opposite of the samurai.

Most of us get that, but once in a while things get convoluted. James Bond was one who almost ruined it for us all, in You Only Live Twice. The "ninjas" in the movie act like samurai, choosing to throw themselves into combat to die for their master. That is the work of the samurai. The ninja's main goal was to survive at all costs to bring information back to his chief.

The story is told through first-person exploration and through the long history of ninjas in the warfare that tore up Japan for so many centuries. It's even told through ancient "how to be a ninja" documents that reveal some of the secrets. We learn that there is actually a strong Chinese tie to the ninja story, that it is not entirely Japanese from the beginning.

There may be more to the story, but Man gives us more than enough to chew on as we re-envision the role, the stereotype and the history of this mysterious character.
Posted by John Galluzzo at 2:24 PM No comments:


Why I Read It: Hornbaker's style and depth of content is fascinating; having read one book, I had to read another.

Summary: The story of the McMahon wrestling empire from day one.

My Thoughts: It goes back farther than you think.

Students of wrestling history know that Vince, Jr., took over the company from Vince, Sr. (yes, I know they had different middle names; just roll with it for ease's sake) and that not all happened as it should have according to the sport's tradition. Sr. ran an empire under the territorial system of the old days, when promoters had corners or pockets of the country they called their own, and, through a series of gentlemen's agreements, like those that happen at country clubs every day without actual contracts, nobody stepped on anybody else's business. Mostly. There were exceptions, of course.

Jr. blew up the system, claiming the United States, and now the world, as his territory. There are pros and cons as to the notion, but it is what it is. It's also really not the focus of this book.

Instead, this story weaves all the way back to the beginning, when Jess McMahon, Vince Sr.'s father, ruled his portion of the wrestling world. We are taken back to the late 1800s and how the McMahon family came to America. We are walked through Jess' trials and tribulations with the promotion of other sports, like baseball, before he becomes involved in boxing and wrestling. We are carried through the Vince Sr. era, the creation of the National Wrestling Alliance, and his breaking away from it to create the World Wide Wrestling Federation. And we see that sports promotion just remained in the family bloodlines, as Vince Jr. took on Evil Kneivel and his Snake River Canyon jump, and worked with his father to promote the biggest mixed martial arts event of all time, Muhammad Ali vs. Antonio Inoki.

When Shane and Stephanie officially take the reigns of WWE, they will be fourth generation kingpins, continuing more than a century of family tradition. Say what you want about any or all of them, the McMahons are an all-American success story, building a business by any means necessary to achieve the American dream of personal freedom through financial independence. Were there bodies and spirits broken along the way? You bet. This book provides more detail than you ever knew.
Posted by John Galluzzo at 2:03 PM No comments: 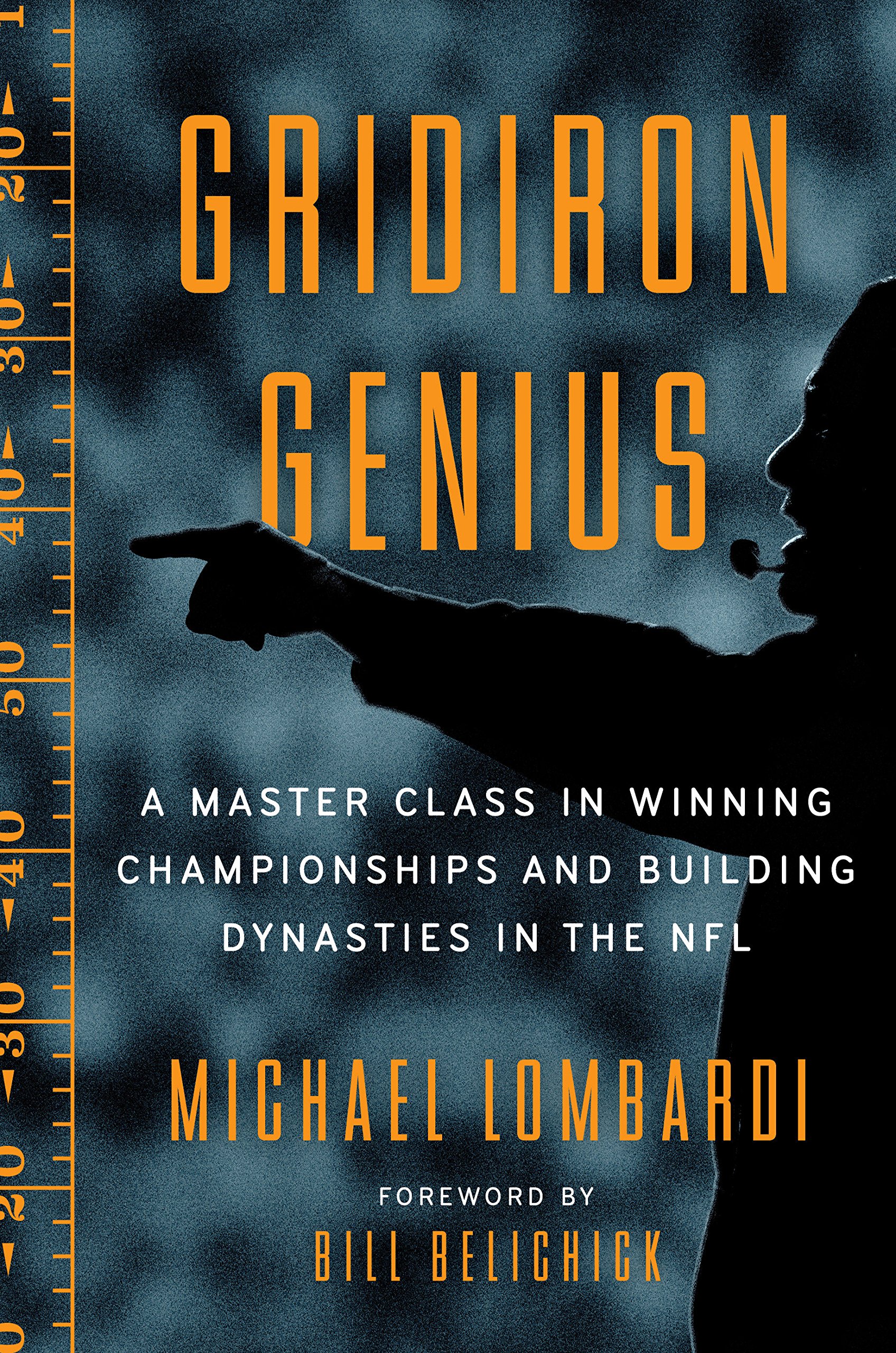 Why I Read It: Reviewed for Amazon Vine. Plus, any excursion into the mind of Bill Belichick is worth the price of admission.

Summary: A football career among the greats, notably Bill Walsh and Bill Belichick.

My Thoughts: I wonder how much is being held back.

I figure that someday, maybe, there be a tell-all, here-are-my-secrets book from the coach of the New England Patriots. Perhaps, though, this is it. After all, there's no saying that the coach owes us, as fans, anything. He's already put on a twenty-year clinic on how to win football games and championships.

Lombardi - not related to Vince, as he will tell you - has spent a lifetime in the game, evaluating talent, coaching players, designing schemes, even acting as a driver for one of the greatest football minds of all time, coach Bill Walsh of the San Francisco 49ers. He's seen it all, and sees it all a little bit differently than most of us, especially when he sits down on Sunday to watch the games.

At the end of his coaching/talent evaluation career, he is now a talking head and writer, aid to share his opinions, and in this book he doesn't hold too much back. He goes right at players and coaches still in the game, much like a drive-time sports talk show host does. It's almost as if he's resigned to the notion that at this point, all bets are off, that there are no plans on jumping back in. It makes the book that much more fun for us.

So, yes, much of it is opinion, but there are some truly heavy facts in this book that go a long way to explaining things that those talk show hosts have just been guessing at. I give you the story of the Malcolm Butler interception at the end of the Patriots-Seahawks Super Bowl. It was no mistake, no accidental moment of inspiration on the part of Butler. The play had been designed, all the way down to goading the Seahawks into making their fateful pass play call, in the preseason. Butler's reading of the play wasn't fully reactive; he had been coached on what to do well, well in advance if the situation arose.

So, that secret is out, but what else is there? Coach Belichick wrote the foreword, but is still deep in the annual Super Bowl hunt (and he just hired Lombardi's son as a coach). Did he give Lombardi free reign to spill all the beans, or is there more left to come?

Let's hope it's the latter.
Posted by John Galluzzo at 1:44 PM No comments:

The Soul of an Octopus by Sy Montgomery 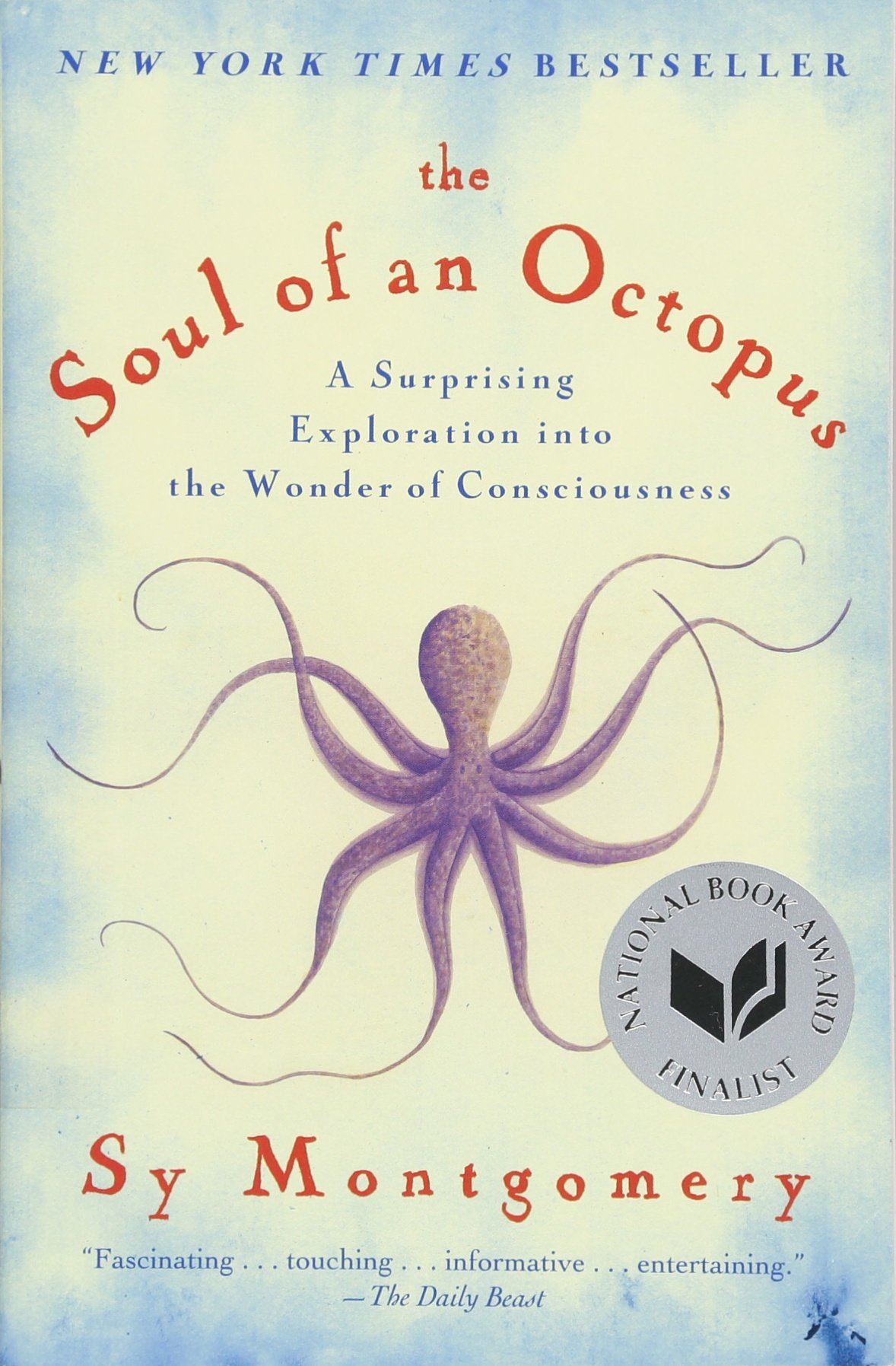 Why I Read It: Had a gift card, bought it on a whim.

Summary: A dive into cephalopod consciousness, mostly taking place at the New England Aquarium, a backyard gem for me.

My Thoughts: No matter how much I want to by into the deepest substances of this book, I still have reservations. I think the author does, too.

It's in our nature to wonder what others are thinking. We look at any living thing and contemplate what exactly is going through its mind. A squirrel climbs onto our bird feeder for the 500th time, sees us through the window. Does it feel fear? Anger? Nothing? What is in its head?

This book explores the mind - perhaps the many minds - of the giant Pacific octopus. Unlike many animals, this species gives us more clues than most as to its moods and feelings, as it changes color and shows other outward signs when stimulated in different ways. But how do we truly know what it's thinking?

But we can interpret thoughts and feelings. The author and her friends at the New England Aquarium who meet for regular cephaloparties on Wednesdays to interact with the captive octopuses do just that. They interpret the meaning of each touch - yes, they spend lots of time physically interacting with the resident representatives of the species - and become emotionally involved with them. They even break the cardinal rule against anthropomorphization; they name each one and treat it as a friend. But this is no scholarly study, so they are allowed to do so. Much of the story is mirrored in the lives of the humans surrounding the animals - aging, loss, differing abilities and more - making this book more than just straight scientific pondering.

Through repeated interactions, they build their databases, finding that each individual, as expected, is a little bit different from the last. But do they really know, in the end, what the octopus thinks? No. They do the best they can to determine what they think the octopus is thinking. They break down the walls a bit between octopuses being monsters and sentient, emotionally-driven beings. They give the octopus a soul.

Posted by John Galluzzo at 1:18 PM No comments: