The Storytellers by Greg Oliver and Steven Johnson 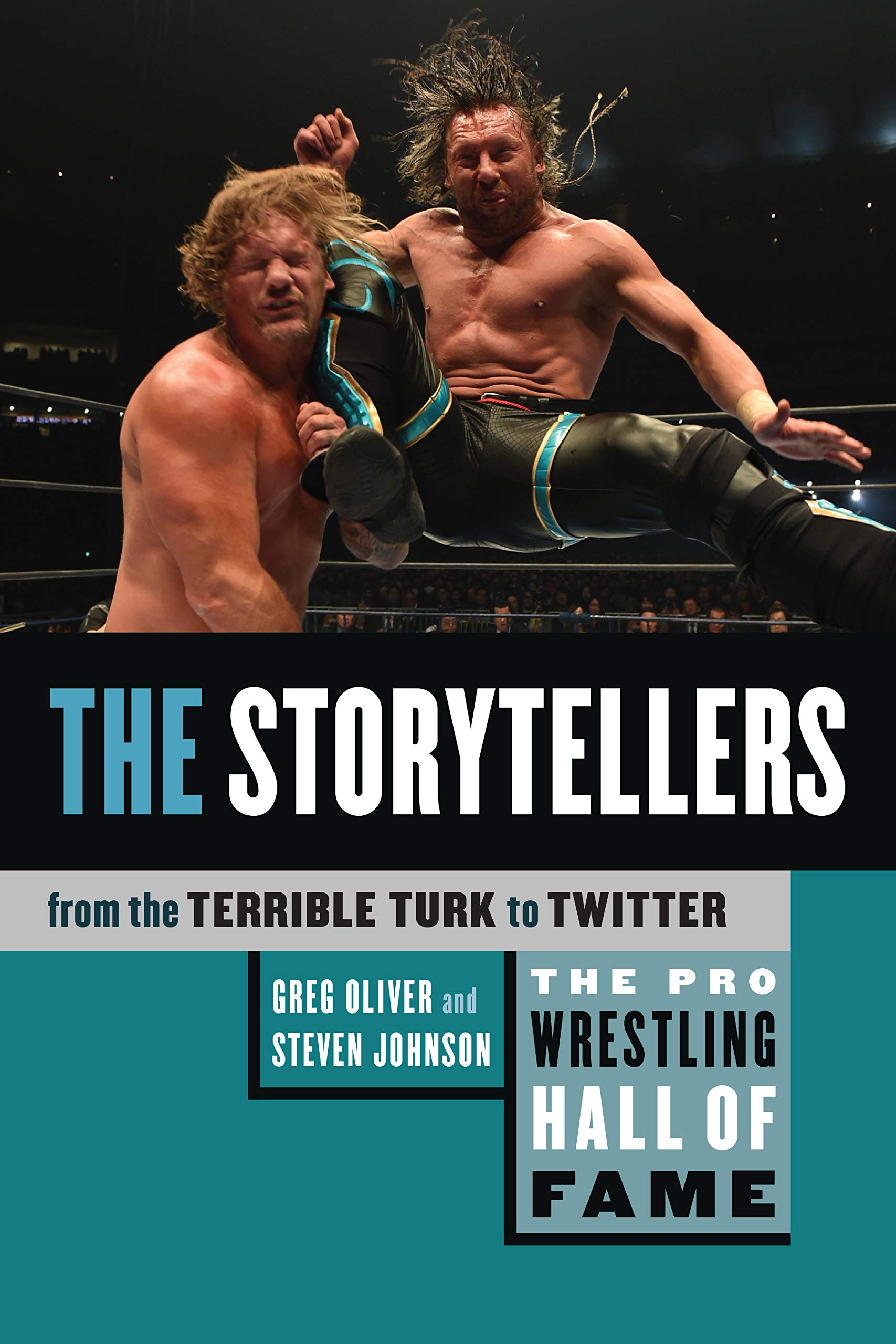 Why I Read It: Storytelling is becoming more and more important culturally; wrestling has long gotten it right.

Summary: Instances and examples of the best stories told in professional wrestling rings through time.

The best storytellers through time have influenced future generations. Gorgeous George was not the biggest or most skilled man ever to hit the ring, but by the time he got to it, with all the preening, the music, the spraying of perfume, fans hated his guts. See Ric Flair. See Randy Savage.

Some, though, have used gimmicks, from animals to valets to managers. Others have crafted stories through newspapers and magazines to draw heat, or attention, to themselves before an event. Still more relied on the prowess of enhancement talents, "jobbers" whose job it is to simply make their opponents look good, either by being squashed in the ring, or putting up just enough of a fight to allow the star the opportunity to show his or her guile or wit in cutting off that effort and claiming a victory.

With thousands of examples from which to choose, Oliver and Johnson zoom in on their favorites, from sideshow freaks to rings full of smelt, from ladder matches to monkey-wielding wild men. From end to end, it's all about the story. We can all learn a little from this journey, whether in advertising, running nonprofit organizations, or running the social media account for a pro sports franchise.

Posted by John Galluzzo at 8:31 AM No comments: 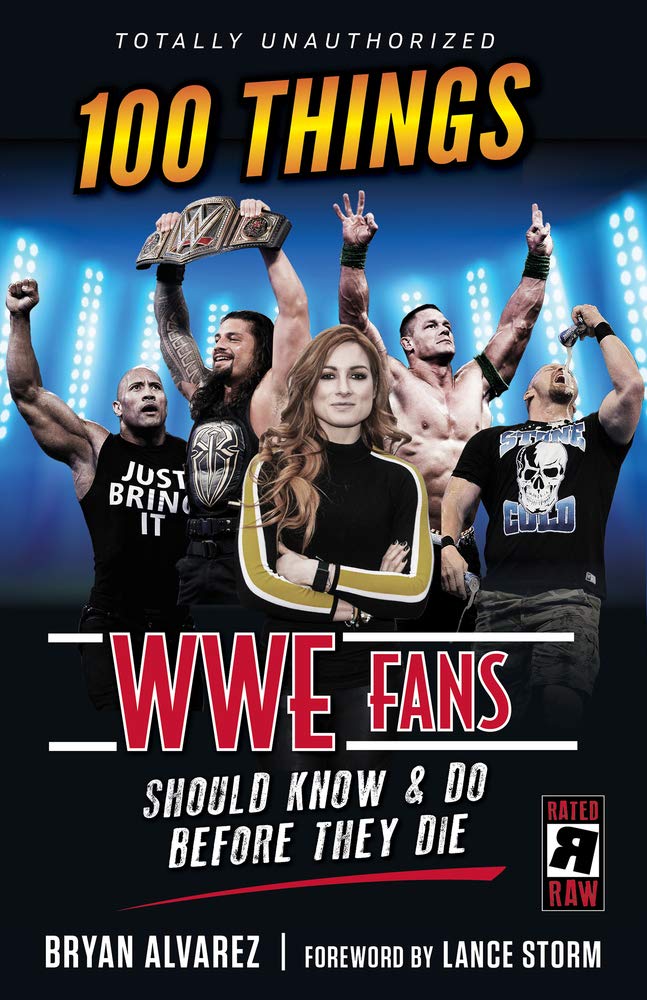 Why I Read It: Because Hulk Hogan pinned the Iron Sheik at Madison Square Garden on January 23, 1984, when I was 12 and I've never been able to remember life before it happened.

Summary: Pretty self-explanatory title. It's an unauthorized gathering of backstories and more about the WWE for the modern generation to understand how things got to where they are today.

My Thoughts: What I love most about this book is that it could be about any federation or any association at any time. But I do have to admit that I also like the fact that it doesn't have to hide behind the veil of what the organization approves of or not.

Most of the "100 Things" are wrestlers themselves. Those wrestlers who are successful today have typically been through hell two or three times on the way to the top, under various names and varied gimmicks. Each of these individuals has a backstory as varied and crazy - and outside of the WWE - as could make for a novel in itself. Most of it vanishes the second they sign the contract, but is revived once they leave the WWE, if they ever do.

The result is a gathering of a cast of characters in the locker room that can talk forever about bad promoters, stupid gimmicks, works and shoots and even crossing paths under different names in different promotions.

And, the most amazing thing is that this book was outdated when it hit bookstore shelves, as new talent had arrived and old talent had moved on. Pro wrestling is about riding waves of momentum in the moment. What's hot today is gone tomorrow if the ratings aren't there.
Posted by John Galluzzo at 7:59 AM No comments: 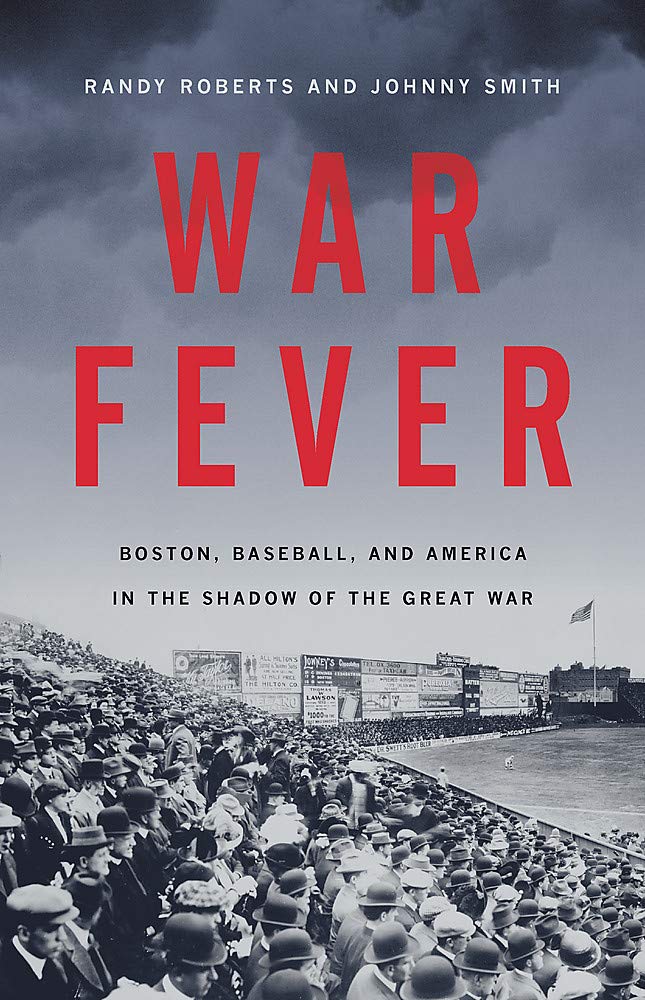 Why I Read It: Boston, baseball, World War I, Babe Ruth...do you even know me at all?

My Thoughts: It must have been an amazing time to be alive.

The Great War affected millions of lives worldwide, whether they came under trench mortar fire or not. There were hardships all around, in hundreds of thousands of homes in dozens of countries. But it was by no means an even playing field.

Just like the luck of the battlefield, where one man watched untouched as the man next to him blew to pieces, the pull of public sentiment picked and chose who it brought down. Anti-German feelings appeared in posters, in newsprint and on the lips of Americans across the country. For men like Karl Muck, the German-born Swiss national conductor of the Boston Symphony Orchestra, that sentiment meant doom. Forced into untenable positions - why, detractors asked, would he not play "The Star-Spangled Banner" during BSO performances? - Muck ended up deposed from his perch, imprisoned and eventually deported, simply for his Germanness. The government and the press made headline news out of a suspected affair with a younger American woman, in order to drag his name through the mud.

But what of George Herman Ruth, the wayward, boozing and outwardly womanizing son of a German-American saloon keeper? Those same Boston pundits who excoriated and ruined Muck cheered Ruth. After all, he could hit home runs like no one ever had before, and his Germanness was hidden behind his nickname: the Babe.

In the midst of the hatred, sharing the spotlight with the influenza pandemic that ravaged the world, America's Lost Battalion had pushed through enemy lines only to find itself isolated and cutoff on the French front. Its leader, a bookish Harvard man named Charles Whittlesey, fought on tirelessly amidst diminishing amounts of ammunition, food and men. He came home to spend the rest of his life attending funerals and memorials and assuring family members that their sons, fathers and brothers died nobly and heroically, not in one of the far too numerous horrid endings he had personally witnessed on the battlefield.

Muck wanted to make music. Ruth wanted to play ball. Whittlesey wanted to serve his country. Fate would say who got what he wanted.

This is a total aside driven completely by my baseball history nerd-dom. The authors mention Massachusetts-born "Harvard" Eddie Grant, a friend of Whittlesey, in passing toward the end of the book, down to the detail that he had been killed by a direct shell hit in the Argonne. For some reason, they declined the opportunity to point out that he had been a professional baseball player for a decade before the war, a contemporary of Ruth. It would have made for an interesting linkage.
Posted by John Galluzzo at 7:38 AM No comments:

Born Round by Frank Bruni 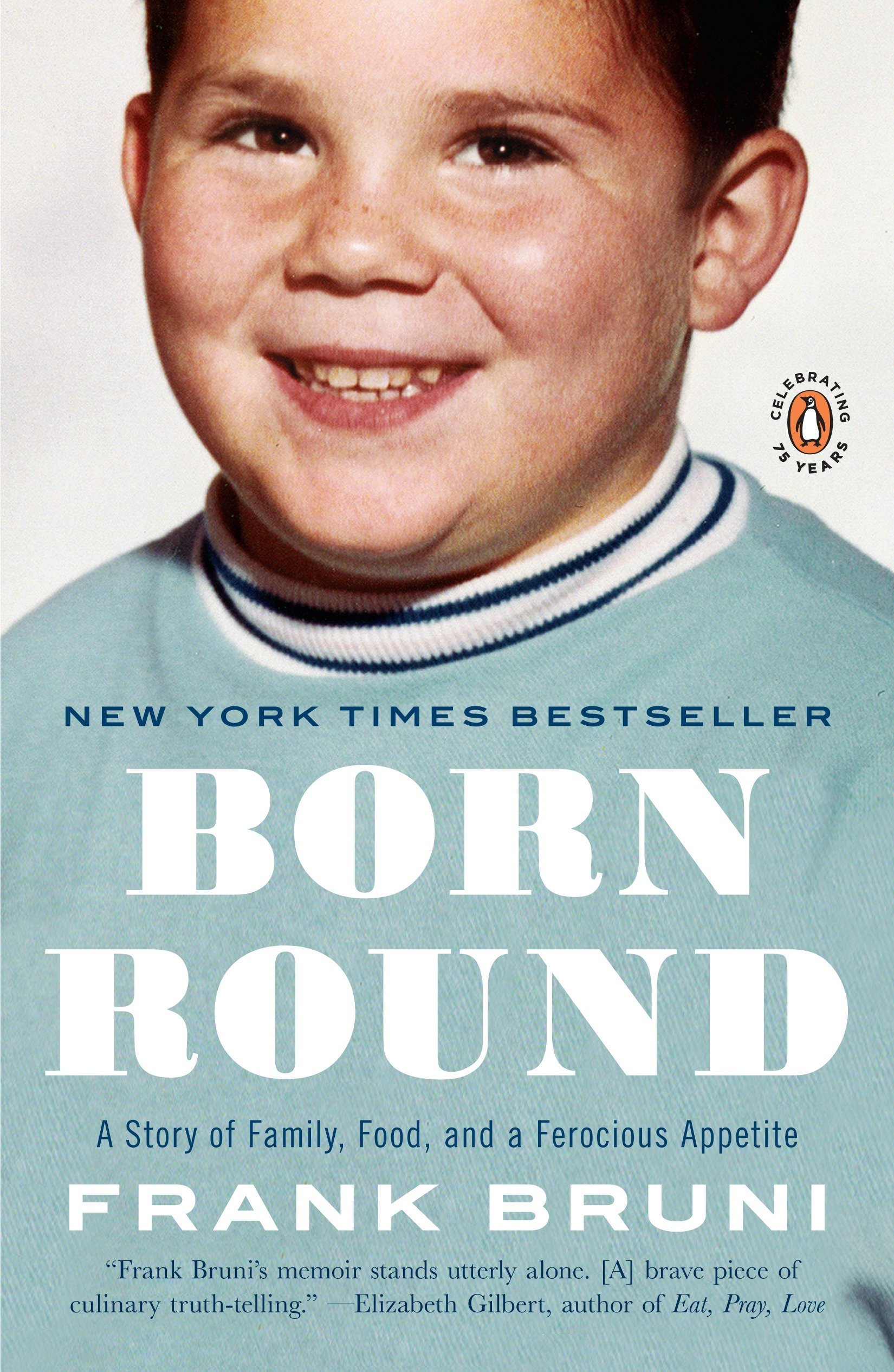 Why I Read It: Gotta be honest, the Italian surname.

Summary: One man's struggle with food and the problems that caused in other areas of life.

My Thoughts: It seems to me that there is an interesting, if yet unexplored cultural dynamic at work here.

Frank was born into an Italian-American family, very much like the one in which I grew up. There was food everywhere. Now, whether or not he, or I, can claim that that atmosphere or environment had anything to do with the way we ate as kids, or the way we continued to eat as adults, I'm not sure. But the food was there, and there was, and still is, even guilt in not eating to excess.

Ironically, it's a pilgrimage, through a work posting to Italy, that sets him on a healthy track for good. He had tried everything to lose and maintain a safe weight: exercise, diets, pills, forced vomiting. And now he was set to head to Italy, the land of his gastronomic dreams. But it was there that he found a key to life success.

Italians (I speak from experience) prefer to have the best of everything, from footwear to music to food. They don't care to have it in abundance, and, as far as food goes, are very happy to let a small taste magnificence of the best piece of prosciutto in the land or the most potent espresso linger on their lips rather than eat or drink unseemly amounts of it. Americans, on the other hand, prefer giant Vegas-style buffets. I don't even know if there is an Italian phrase for "all you can eat."

But something happened when Italians hit American shores in large numbers just more than a century ago. It's almost like they found they could have the best of both worlds: magnificence in abundance. Every function I attended with Old World Italians as a kid featured way, way too much food.

Frank learns to eat in Italy, and soon gets the call to a new assignment, food critic for the New York Times. Did he dare go for it? Would his old ways come back to haunt him? Born Round covers this story and Frank's search for love as he travels up and down the waist size ladder.
Posted by John Galluzzo at 6:47 AM No comments: