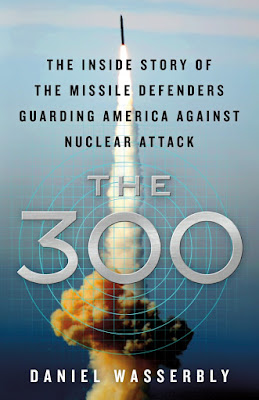 Why I Read It: I read an interview with the author in Air & Space Magazine.

My Thoughts: It's kind of scary, actually.

We live in a time when missiles can fly across oceans, up into space, and crash into major cities carrying nuclear warheads. It wasn't that long ago when to take out an enemy you had to be facing him; now it can all be done electronically, digitally, facelessly, anonymously.

It also wasn't that long ago when we thought Russia was the main threat. Then we added China. Now we have to consider Iran and even North Korea.

That's where it gets scary.

The stories in this book are twofold. First, there is the long road to where the United States is today with strategic missile defense (or, if not today, up until recently, as I'm sure there is classified info the author could not get his hands on). While the concept of intercontinental ballistic missiles has been around for half a century, it's really been the last two decades where we have seen a real ramp up in the country's focus on defense. People laughed at Ronald Reagan's "Star Wars" system, though it played a major role in ending the Cold War. But here we are today with a defense system that does what was once considered to be science fantasy.

Meanwhile, in North Korea, weapons systems have gone from duds to true threats. The author parallels the U.S.'s series of failed intercept tests with the ever-growing capabilities of North Korean assets, from simply getting a rocket off the ground to the launching of multi-stage rockets capable of carrying nuclear warheads long distances.

There is a real human element to all of this work. Thanks to Wasserbly, we know the stories and personalities on the American side. We also know how both sides of the American political landscape have viewed the threat over time, how missile defense has been prioritized, de-prioritized, funded and de-funded. And, by reading this book, we know how close we may someday come to the true threat of mutual assured destruction.

How will it all end? Hopefully it won't. The watch continues, and may it go on forever.

Posted by John Galluzzo at 10:53 AM No comments: 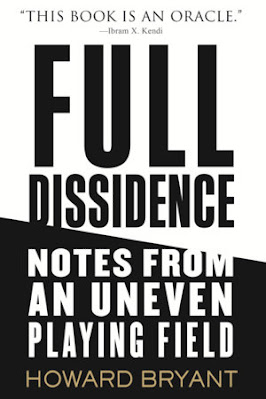 Why I Read It: Impulse grab off Amazon Vine. I'm a fan of Bryant.

Summary: A series of essays on race issues and sport.

My Thoughts: Man, can Howard Bryant write. I'll start there.

But there is too much to unpack in a short review like this one, so I'll pick one topic that made me want to drive out to Western Mass and engage the author in a conversation.

In one of his essays, Bryant covers the topic of "colorblindness" and individuals who, though black or partially black, do not necessarily acknowledge their black heritage and culture. He wraps the topic up under the banner of "The Worst Thing in the World," but I feel like I have to disagree with this sentiment.

While he covers two individual athletes in O.J. Simpson and Tiger Woods who obviously disassociate themselves with being black ("I'm not black, I'm O.J." and "I'm Cablinasian"), he lumps in a third that I do not feel belongs. While O.J. was driven by pure ego and Tiger was searching for something all-encompassing to explain who he is, tennis player Madison Keys was simply stating that she was the product of a biracial union, a black father and a white mother. Her declaration is "I'm not black or white, I'm Madison."

I don't think that's wrong. In fact, I feel like Bryant's underlying demand that Keys has to "pick a side" feels very, very old school. He feels that by not choosing to acknowledge her black side, she is choosing a default white side (in fairness, he states she does not have to choose, but if she doesn't, this is the statement she is making). But if she chooses black, is she not disavowing white heritage? She's both. Why not choose both?

My thought is that Bryant should skip ahead a generation.

America is rapidly becoming a minority-majority country, and the more Madison Keys's we see in the world the better off we will be. Today, white and black people barely live each other's realities. They barely live in each other's neighborhoods. Few people truly understand the differences and similarities in white and black existences. Won't we be in a much better place if we do? Shouldn't we be moving toward more people like Madison Keys and not away from her? Picking sides means there are still two sides, and the fight continues.

White America needs to have a mirror nearby when reading this book, but so, too, does Black America, as Bryant has no problem calling out anybody impeding the path to true social justice.

Posted by John Galluzzo at 10:44 AM No comments: 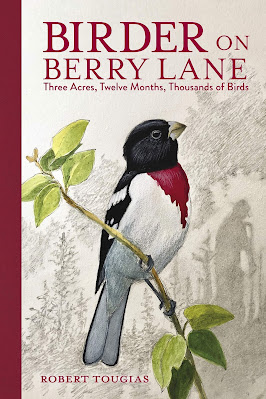 Why I Read It: I'm a sucker for books about birds, birding and ornithology.

Summary: A year in the life of the birds of a small patch of a small town in southeastern Connecticut.

My Thoughts: The cynic in me says, "Really? Another month-by-month encapsulation of the birds of a specific location? Hasn't it been done to death?"

Then, the citizen scientist in me speaks up. We need more of this style book, not less, I say. And we need them everywhere.

Bird populations change over time. The birds in your yard today are not the same mix that were there 150 years ago. There are multitudinous factors at work causing these changes, including climate change, reforestation, deforestation, "development," toxins that humans have released into the environment and more. We have killed off some species entirely, and are doing so to others.

To understand the changes, though, we need snapshots in time. We need citizen science programs, large and small, from all-encompassing statewide breeding bird atlases to hyper-localized species-specific studies that capture moments in time for comparison to others. And we need the prose. We need the books that detail the daily lives of the birds, without breeding codes and gender and age charts. We need personal memoirs that ask questions and pose theories about why birds do the things they do.

And that is what this book is. Tougias knows his land, from his driveway to his garden to his woodlot, and lives in it in concert with the birds of which he writes. He mixes known scientific facts with personal observations and queries, the wonderment that comes with dedicated focus on nature in all its forms.

Let's hope the next resident of Berry Lane has the same sensibilities.

Posted by John Galluzzo at 6:51 AM No comments: 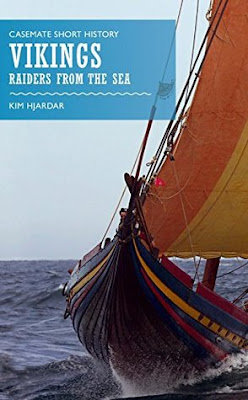 Why I Read It: Back in college I wrote a paper on King Alfred the Great and the Viking invasions of 871-878, and I've been fascinated ever since.

Summary: A personal history of the Vikings.

My Thoughts: I really enjoyed the flow of this book. The concept, a short history of "the Vikings," who ranged over a wide area, and spread out through time, lends itself to cutting out the fat and focusing squarely on what has true meaning to paint the picture. The author does not mince words, and does an excellent job of personifying what a Viking was in about 140 pages.

The chapters are laid out  to describe basic Viking society - what they ate, where they lived, who was in charge, how they governed, gender roles, the life of children, etc. - and the "culture of combat" inherent in that society. We then explore religion and myth, the pantheon of gods, Odin, Thor, Freya, and so many others. Evidence is pulled from sagas and burial sites, and these myriad pieces are woven together to bring us a snapshot of the daily life of the Viking.

All of this background material brings us to the diaspora, the ultimate advancement of Viking kind on the British Isles and other places in Western Europe (the author also does a great job of highlighting interactions between Vikings and Middle Eastern cultures, a topic of which I'd had no previous knowledge). Those invasions, beginning in the 700s, lead to centuries of discord, especially in England, Ireland, Scotland and Wales.

The ending of the great Viking age always surprised me, the notion that they just settled down and became farmers, but I guess you can't go on raiding forever. When the last Vikings were pushed out of England in the 12th century, an age certainly ended, but think of what they have left behind, and how the concepts and imagery of the Vikings still sticks with us today, nearly a millennium later.

What I'm finding I love abut this series (Casemate Short Histories) is the inclusion of a timeline in each one, the liberal use of imagery and the essential compactness of the storytelling. A wayward author could wander all over the place and get a reader lost, but a talented one, like Hjardar, keeps us engaged and entertained.

Posted by John Galluzzo at 12:02 PM No comments: