In That Time by Daniel H. Weiss 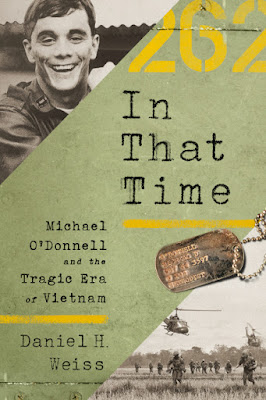 Why I Read It: I'm the son of a combat-wounded Vietnam Marine. Stories of the war help.

Summary: The story of an artistic soul crushed out and lost in the stupidest war of all.

My Thoughts: The author throws out a disclaimer at the beginning of the book, saying that as he's no expert on the grander themes of the war, he won't get into it. But, then, he efficiently and effectively describes the war in succinct fashion. It was surprising how easily he did explain it.

Anyone telling the story of Vietnam has a choice to make: back the war or don't. More than once, he makes the point that while Americans thought they were fighting a war of containment, it wasn't the war that the Vietnamese were fighting. Their belief was that they were fighting off yet another imperialistic nation-state, attempting to avoid oppression.

Caught in this mess were hundreds of thousands of American military men and women, pawns of the political games being played in Washington, D.C. (My dad, at 19, volunteered, thinking the war was a noble effort; he came home dismayed).

Michael O'Donnell was one of those unwitting men. He tried to preserve his life, finding a profession - helicopter pilot - that would take a lot of training, and hopefully buy time for the war to come to an end. He wasn't a warrior. He was a poet, a songwriter. He shouldn't have been there.

His death shocked his family, but his mother and father never found out how he died. He was listed as missing in action until the family begged the government to change him over to deceased, so they could find some peace. But, three decades after his death, word finally arrived that his remains had been found.

The story is about an era that we'd like to forget, and an America we wish never existed, from the top of the federal government on down. The war took far too many Americans who didn't have to die, or be wounded physically, mentally, spiritually, like Michael O'Donnell, and like my dad.

Posted by John Galluzzo at 5:54 PM No comments: 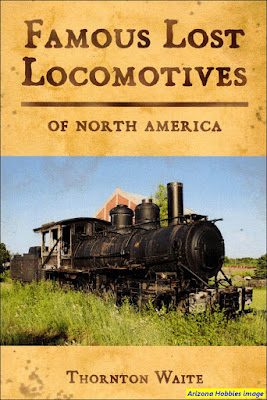 Why I Read It: It was authored by a sibling of a friend, and I always want to support fellow authors.

Summary: A collection of short tales about just what the title says.

My Thoughts: What a fun collection.

I'm sure it wasn't fun for the people who plunged off bridges, sank into lakes, dropped into the ocean or otherwise vanished with these locomotives. But it does make for some interesting reading.

It really is fascinating how many - this is just a sampling - locomotives were lost over time, trapped in collapsed tunnels, simply left in place when funds ran out to build railroads, whatever. It seems that the methods of becoming lost were endless, as are both the preservation efforts and the search and rescue missions.

This book is written more for the avid enthusiast than the locomotive layman, but with just a little bit of knowledge about wheel configurations and other details, or a willingness to let such statistics slide by, the book is very readable. The author does a great job of spreading the story around, choosing representative tales from all over the United States, proving that, unfortunately, these problems were by no means local in nature.

Posted by John Galluzzo at 5:33 PM No comments: 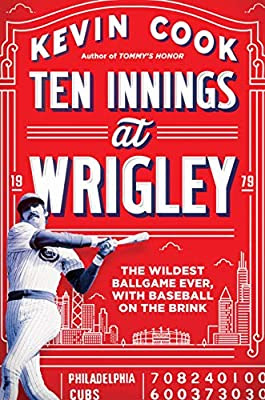 Why I Read It: Baseball is in my blood, and I've read and loved another book by the author, so I figured I'd give it a shot.

My Thoughts: The first half of this book just flies. After giving brief introductions and histories for each team in the fight, the author turns to an at-bat-by-at-bat account of a wind-driven slugfest at Wrigley Field, featuring some of the biggest and most memorable personalities of 1970s baseball. If you grew up in the '70s or '80s, you'll fall in love from page one. Garry Maddox. Bake McBride. Larry Bowa. Bill Buckner. Bob Boone. Greg Luzinski. Tug McGraw. Bruce Sutter. The list of familiar names goes on and on.

Some of the guys came up eight times in the game.

In order to fit every at-bat in, to tell the story of this crazy ten innings - yes, they were tied 22-22 after nine - the tale has to move quickly. But then, after the final run is scored, it slows. The author moves into aftermath mode, both short-term and long-term. We move from the 1979 season to the "Miracle on Broad Street" and the 1980 Phillies World Series championship. We go to the tale of Tug McGraw and his son Tim, to the attempted murder-successful suicide of Donnie Moore, to the multigenerational story of the Boone family.

Forty-five runs scored between the lines that windy day at Wrigley, but hundreds of stories flowed outward from the result.

Thirty-six players took the field that day. Cook captures them all, from a line to a few pages of text, fleshing out a box score, turning the players from lines of stats into living, breathing beings with faults, dreams and goals.

And you don't need to be a Cubs or Phillies fan to enjoy the story. It's just baseball, plain and simple.