Master of the Ring by Tim Hornbaker 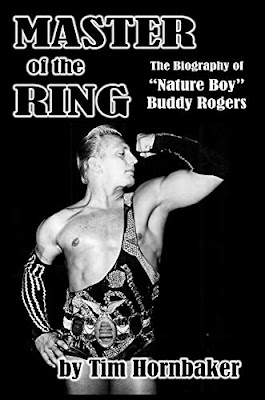 Why I Read It: I remember when Buddy Rogers asked Jimmy Snuka if Rogers could become his manager, on Buddy Rogers' Corner.

Summary: The biography of the original Nature Boy, including the many ways in which he changed the wrestling world.

My Thoughts: Every time I read a Tim Hornbaker book, I say that same thing: Dammit, he did it again.

Hornbaker has a thoroughness and fineness about his research and his writing that matter-of-factly brings everything to the surface for every story, without leaving the reader to consider hidden agendas. The facts are just there, page after page. Like every good historian, he interprets them, but without much personal bias. Well, that statement should be couched, I suppose. I don't believe he would have invested the time he did in the project if he actually hated Buddy Rogers. So, maybe there was some positive bias. But that said, he had no problem exposing dissenting opinions when they factored into the story.

Rogers, or Herman Rohde, arrived on the scene just prior to World War II, and worked hard at his craft. He rose to the top in the age of Lou Thesz and the birth of the National Wrestling Alliance, when the insiders' political game was as important - perhaps even more important - than wrestling skill and the ability to pull in box office dollars. Rogers toured the country, moving from territory to territory, using the same finishes, the same drama, from town to town, knowing that there was no way somebody in Houston had seen him pull the same schtick in Columbus two weeks earlier. He ended up "in the hospital" in city after city after diving through the ropes, missing a flying tackle, or getting his neck twisted up in them, all in the tried-and-true routine of generating heat or just pain interest in the product. But that's how wrestling was in those days.

Hornbaker follows him step-by-step through the years, bringing us from East Coast to West Coast, from Florida to Montreal. We understand what drove Rogers, his love for his family and his never-ending marital problems. Being in demand meant being on the road, and when he finally did achieve his dream of the NWA world heavyweight title, it meant that he was on the road non-stop. Hornbaker walks us through the birth of the "Nature Boy" gimmick and how it has itself lived as a cultural icon for three-quarters of a century.

The story wraps in the birth of the World Wrestling Federation and weaves in the life stories of the myriad professional wrestling personalities Rogers encountered from the 1930s to the 1990s. We see Buddy from all angles, from his home life to his life on the road to wrestling greatness to his post-career business enterprises. No stone is left unturned, no good story left untold.

In a Tim Hornbaker-written book, we wouldn't expect anything less.

Posted by John Galluzzo at 2:31 PM No comments:

The Pitcher and the Dictator by Averill "Ace" Smith 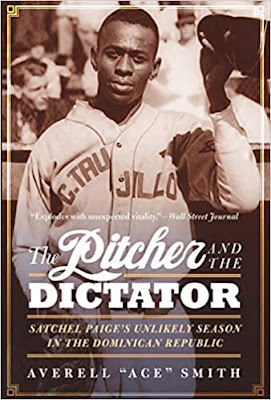 Why I Read It: Baseball is in my blood, now and forever, even if the sport dies before I do.

Summary: The year that Satchel Paige jumped to the Dominican Republic, with numerous side dramas taking place.

My Thoughts: My immediate reaction to this book is that I wish I could time travel back to watch Satch pitch even one full game in his prime. My second reaction is that I wish that I could have seen Josh Gibson hit even one home run. But of all the baseball players profiled and followed in this book, I have to say that my ultimate dream would be to retreat in time and watch Martin Dihigo play the game.

But baseball wasn't really the story, here. Baseball was a pawn. Satchel Paige was a pawn. He was brought, unknowingly, into a volatile political situation, playing on a baseball team charged with winning its season championship as a memorial to the reigning despot, Rafael Trujillo. The ultimate series was even called "Campeonato Nacional de Baseball Reeleccion Presidente Trujillo." Paige pitched for the Ciudad Trujillo Dragones, representing the city that carried the name of the dictator. o pressure there.

In order to win the series, the Dragones scoured the American Negro Leagues for the best talent, and find it they did. Aside from Paige, the team featured James "Cool Papa" Bell and Josh Gibson, among others.

The story comes down to power, political in the Dominican, and the eternal struggle between players and ownership in the States. It also juxtaposed racism in America and the lack thereof in the Dominican, where, unfortunately, freedom from racism didn't matter. The country's leader could order anybody killed at any time, from individuals to large groups, and the press would sweep it under the rug. Paige and his companions had no idea what a powder keg they were sitting on, or just what would have happened had their team lost. The armed military guards surrounding the fields and trailing them as they went out at night probably gave them some idea.

The story follows Trujillo, Gibson and others to the end, and celebrates the life of perhaps baseball's all-time greatest pitcher.

Posted by John Galluzzo at 2:06 PM No comments: